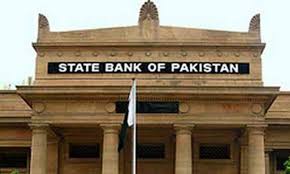 Key Interest Rate Increased By SBP: The State Bank of Pakistan (SBP) has increased the key interest rate by 100 basis points to 7.5% for the next two months.

This is the third time that the key interest rate has been increased in 2018. Earlier, the SBP increased it by 25 basis points in January, and another half a percentage point in May.

“Pakistan has achieved a thirteen-year high growth rate of 5.8 percent in FY18 and the average CPI inflation was well below the 6.0 percent target. However, moving forward, the challenges to Pakistan’s economy have further accentuated. First, the provisional SBP estimate for fiscal deficit in FY18 is 6.8 percent as opposed to 5.5 percent estimated in May 2018. The current account deficit has also increased to $ 16.0 billion during Jul-May FY18 as opposed to $ 11.1 billion in the corresponding period last year,” the State Bank of Pakistan stated in a press release on Saturday.

“This means that aggregate demand has proved to be higher than previously thought. Second, June (YoY) inflation clocked in at 5.2 percent, and the average headline inflation for FY19 is expected to cross the 6.0 percent annual target. Core inflation numbers and their one-year ahead projections at around 7.0 percent also reflect demand pressures. Third, on the external front, though both exports and workers’ remittances are performing better, the sheer size of imports continues to pressurize FX reserves.”

The real economic activity repeated its strong FY17 performance. However, towards the end of FY18, some challenges cast shadows on the capacity of the real sector to continue treading this high growth path. In the agriculture sector, the most important concern is shortage of water, which is likely to constrain agriculture production below the target in FY19.

The manufacturing sector is also poised to show a mixed picture owing to high base-effect, the on-going monetary tightening and some sector specific issues whereas construction allied industries are likely to perform at par. Taking stock of these developments and the spillover on the services sector, SBP projects FY19 GDP growth to be around 5.5 percent as compared to the annual target of 6.2 percent.

Turning to CPI, the average headline inflation for FY18 stands at 3.9 percent. However, this picture is changing rapidly as is visible from rising (YoY) headline and core inflation for June 2018 at 5.2 and 7.1 percent, respectively. Based on these recent estimates, SBP’s model-based range for average CPI inflation is 6.0–7.0 percent for FY19.

Monetary expansion in FY18 has been driven by government borrowing for budgetary support and healthy growth in credit to the private sector. Despite some slowdown in fixed investment and particular issues of the sugar and fertilizer sectors, stock of private sector borrowing increased by Rs.768 billion in FY18 which translates into a growth of 14.8 percent.

In FY19, private sector credit is expected to increase by almost the same amount at a growth rate of about 13.0 percent. This will be driven primarily by the rise in need for working capital at the back of gestation of lagged fixed investment into production and rising exports.

Going forward the opposing direction of NFA from its NDA counterpart can keep broad money growth low in FY19. The  current account deficit deteriorated to $ 16.0 billion during the first eleven months of FY18, which is 1.4 times over the same period last year. A favorable impact of a strong recovery in exports (YoY growth of 13.2 percent in Jul-May FY18) and increase in workers’ remittances (3.0 percent in Jul-May FY18) was more than offset by growing imports. Specifically, strong demand for productive imports (metal, transport, machinery and petroleum) to support higher economic activity and a sharp increase in international oil prices have pushed the current account deficit to levels not sustainable beyond the short term. In the absence of matching financial flows, a notable portion of this higher current account deficit was financed by using the country’s own resources. As a result, SBP’s liquid FX reserves witnessed a net reduction of US$ 6.7 billion to reach US$ 9.5 billion as of July 6, 2018. These developments suggest that the near-term management of the country’s external accounts is of critical importance.

Debating at length, the Monetary Policy Committee noted that the following factors are contributing to evolving economic challenges: (i) the multiplier-effect of a strong fiscal expansion during the second half of FY18 is likely to offset the contractionary impact of monetary tightening in the recent months on domestic demand; (ii) higher international oil prices have continued to inflate the import bill; (iii) rising inflation projections and the ensuing fall in real interest rates; and (iv) a notable reduction in PKR and US interest rate differential.