May 16, 2018 Mahathir Will Review A Controversial Law 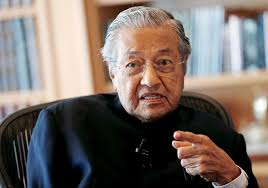 Mahathir Will Review A Controversial Law

Mahathir Will Review A Controversial Law: New Malaysian Prime Minister Mahathir Mohammad has promised to review a controversial law against “fake news” passed before the elections. The 92 year old, the world’s oldest elected leader, has stated that “action” would be taken if false news was disseminated with the intention to cause chaos.

What Is The Controversial Law?

The law, passed in early April, makes the deliberate spread of false information punishable by up to six years in jail and a bulky fine. It has sparked outrage from rights groups, who believe the law, could be used to crack down on dissent, especially criticism of then-prime minister Najib Razak ahead of the May 9th vote.

The fake news law will be given a definition. People and news companies will understand what fake news is and what is not fake. Mahathir himself was criticized for clamping down on the media during his earlier term as premier. But he said in his speech that his government would not restrict the press even if they came up with news the government found uncomfortable.

The law has so far been used to convict one person: a Danish man who was jailed for a week for accusing emergency services of responding slowly after a Palestinian Hamas member was gunned down in Kuala Lumpur in April.

Malaysia’s new leader Mahathir Mohammad said he expects to stay as prime minister for up to two years and is firm not to cut any deals to keep his predecessor out of jail for alleged corruption.

Najib Will Have To Face Trial

Mahathir was asked in an interview whether a deal could be cut with Najib, who is alleged to have overseen the looting of government investment fund 1 MDB. “No deal,” Mahathir said in the interview, conducted for a business forum organized by the newspaper in Tokyo.

Without a deal to help recover the funds, Najib faces the likelihood of prosecution and possible criminal charges. Mahathir has ordered him barred from leaving the country.