May 11, 2018 Millions Of Jewelry Stolen In Australia 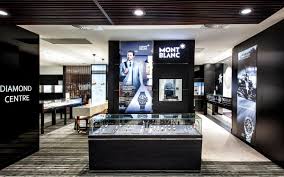 Millions Of Jewelry Stolen In Australia

Millions Of Jewelry Stolen In Australia: Victoria Police have appealed to the public for more information about a $2 million jewelry robbery at a Melbourne residence last month.

According to a Victoria Police spokesperson, “unknown offenders” broke into the property in Brighton, a south-east suburb of Melbourne on 26th April and stole a safe that contained more than 50 pieces of jewelry.

Stolen items included multiple watches valued up to $150,000 each, Chopard diamonds and a $15,000 Cartier bracelet.

“These items are unique and will therefore be difficult to offload,” police confirmed.

The public have been encouraged to view the photos on Victoria Police’s website and contact Crime Stoppers if they recognize any of the items.

Earlier this year, Western Australia Police are currently investigating after jewelry valued at approximately $100,000 was allegedly stolen from a Mazzucchelli’s jewelry store in Perth.

Jeweler contacted WA Police for additional information, including what items had been stolen, but was advised an update could not be provided as it was an ongoing investigation.

A Mazzucchelli’s spokesperson was also contacted but Jeweler had not received a response at time of publication.

Last year, three of the men were arrested at a jewelry business located on Collins Street and the third at a residential property. Mendieta Blanco is believed to operate two businesses, Sell Your Gold and Diamond on Sale, which trade from the Collins Street premises. All three men received bail and appeared at the Melbourne Magistrates Court in October 2017.

Mazzucchelli’s was established in 1903 and has stores in Western Australia, Queensland, New South Wales, Victoria and South Australia.