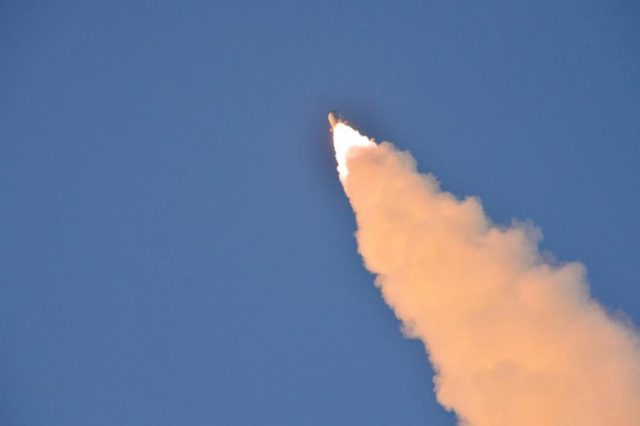 Nuclear-armed North Korea fired four ballistic missiles east of the peninsula on Monday, with Japan saying three of them landed in its waters.

Pyongyang fired a ballistic missile last month — its first such launch since October — which Seoul said was aimed at testing the response from the new US administration of President Donald Trump.

Seoul said several missiles were filed into the East Sea, also known as the Sea of Japan, and that South Korea and the US were “closely analysing” tracking data for further details.

“In terms of the range, it is around 1,000 kilometres (620 miles),” the South’s defence ministry said in a statement.

A day after the Foal Eagle drills kicked off, the North’s military warned of “merciless nuclear counter-action” against enemy forces.

“Now that the US imperialists and the South Korean puppet forces again kicked off the dangerous nuclear war drills against the DPRK at its doorstep, our army will counter them with the toughest counteractions,” a spokesman said in a statement carried by the KCNA news agency.

North Korea has regularly carried out actions in protest against the exercises, last year firing seven ballistic missiles during them.

That rocket — said by the North to use solid fuel and to be capable of carrying a nuclear warhead — flew east for about 500 kilometres before falling into the Sea of Japan, South Korea said at the time.