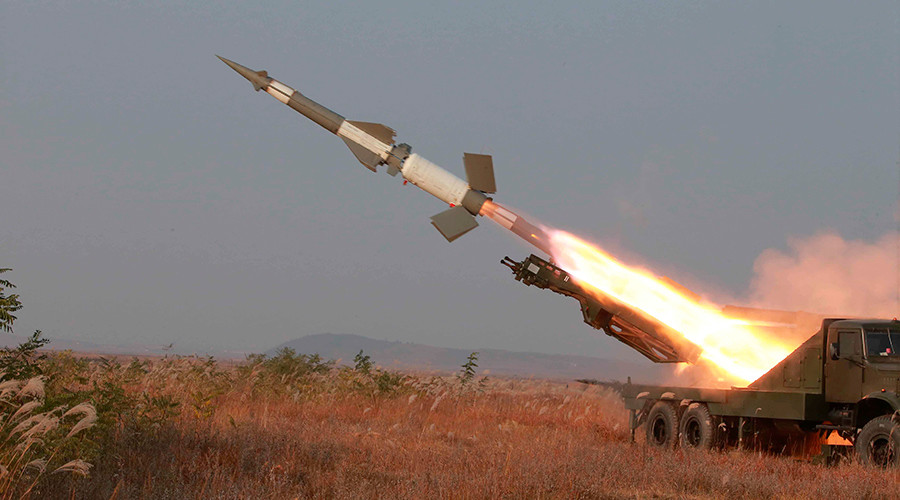 “At 06:42 am (2142 GMT Tuesday) today, North Korea fired a ballistic missile from Sinpo area into the Sea of Japan,” the ministry said in a statement.

It said the missile had flown some 60 kilometres (about 40 miles), adding South Korea and the United States were analysing its flight path to determine its type.

“The military is keeping a close watch over North Korea´s provocative moves and maintaining a high defence posture”, it said.

The launch is likely to fuel international concerns about the hermit state´s weapons programme.

Pyongyang is on a quest to develop a long-range missile capable of hitting the US mainland with a nuclear warhead, and has so far staged five nuclear tests, two of them last year.

Wednesday´s launch came after President Donald Trump threatened the US was prepared to go it alone in bringing the North to heel if China did not step in, and ahead of a meeting between Trump and his Chinese counterpart Xi Jinping.

North Korea´s foreign ministry on Monday assailed Washington for its tough talk and for an ongoing joint military exercise with South Korea and Japan which Pyongyang sees as a dress rehearsal for invasion.

The “reckless actions” are driving the tense situation on the Korean peninsula “to the brink of a war”, a ministry spokesman was quoted as saying by the official KCNA news agency.

The idea that the US could deprive Pyongyang of its “nuclear deterrent” through sanctions is “the wildest dream”, it said.

Trump and Xi will hold their first face-to-face meeting this week at the US president´s Mar-a-Lago resort in Florida where the growing tensions on the Korean peninsula are expected to be high on the agenda.

The hardened US stance followed recent North Korean missile launches that Pyongyang described as practice for an attack on US bases in Japan.

In February the North simultaneously fired four ballistic missiles off its east coast, three of which fell provocatively close to Japan.

A nuclear-capable SLBM system would take the North´s threat to a new level, allowing deployment far beyond the Korean peninsula and a “second-strike” capability in the event of an attack on its army bases.

Analysts say that while Pyongyang has made faster progress in its SLBM system than originally expected, it is still years away from deployment.