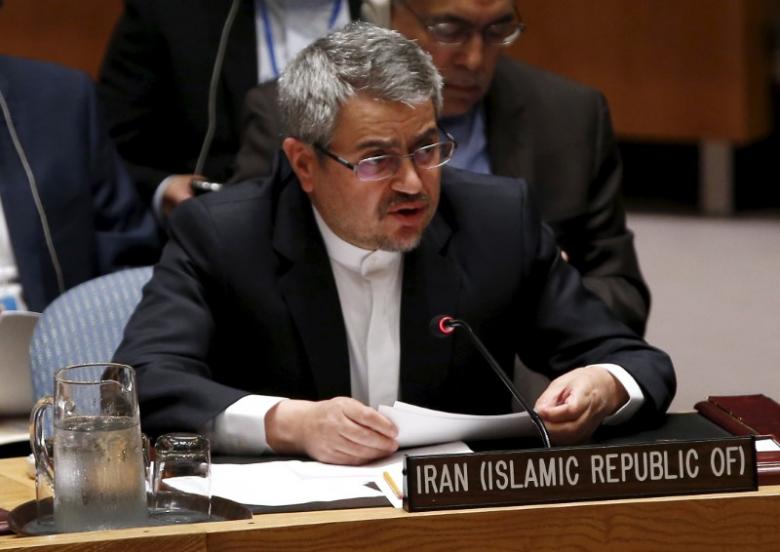 Ready for Saudi talks despite ‘unlawful, inflammatory’ remarks: Iran: Iran said on Thursday it is ready for talks with Saudi Arabia to promote regional peace despite “unlawful and inflammatory” remarks by the Saudi deputy crown prince, who vowed to protect his kingdom from what he called Iranian efforts to dominate the Muslim world.

“We have no desire, nor any interest, in an escalation of tension in our neighbourhood,” Iran’s UN Ambassador Gholamali Khoshroo wrote in a letter to UN Secretary-General Antonio Guterres and the Security Council.

“We continue to stand ready for dialogue and accommodation to promote regional stability, combat destabilising extremist violence and reject sectarian hatred,” he wrote. “We hope Saudi Arabia will be persuaded to heed the call of reason.”

Saudi Deputy Crown Prince Mohammed bin Salman said on Tuesday that any struggle for influence between Riyadh and Tehran ought to take place “inside Iran, not in Saudi Arabia”. He did not elaborate.

Saudi Arabia and Iran compete for influence in the Middle East and support rival groups in Syria’s civil war.

Iran denies Saudi accusations that it provides financial and military support in Yemen to the Houthis who are fighting government forces allied with Saudi Arabia.

“It is imperative for the international community to take necessary action to compel Saudi Arabia to stop its reckless sponsorship of terrorism and extremism in the region and across the globe,” Khoshroo wrote.