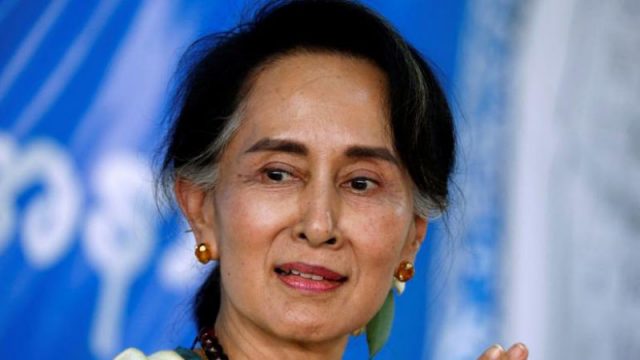 Rohingya leader challenges Myanmar’s Suu Kyi, vows to fight on: HumSub.TV: Leader of a Rohingya Muslim group against Myanmar’s security forces said on Friday his group would keep fighting “even if a million die” unless the country’s leader, Aung San Suu Kyi, took action to protect the religious minority.

Attacks on Myanmar border guard posts in October last year by a previously unknown group ignited the biggest crisis of Suu Kyi’s year in power, with more than 75,000 Rohingya fleeing to Bangladesh in the ensuing army crackdown.

In his first independently conducted media interview, Ata Ullah, who has been identified by analysts and local people as the group’s leader, denied links to foreign Islamists and said it was focused on the rights of the Rohingya, who face persecution at the hands of Myanmar’s Buddhist majority.

“If we don’t get our rights, if 1 million, 1.5 million, all Rohingya need to die, we will die,” he said, speaking via a video call from an undisclosed location. “We will take our rights. We will fight with the cruel military government.”

A United Nations report issued last month said Myanmar’s security forces have committed mass killings and gang rapes against Rohingya during their campaign against the insurgents, which may amount to crimes against humanity.

The military has denied the accusations, saying it was engaged in a legitimate counterinsurgency operation.

“No one will be above the law,” said Suu Kyi’s spokesman Zaw Htay, responding to questions from Reuters on Friday about the insurgent leader’s comments. “If they attack us violently, we will respond the same way. Nowhere in the world would violent action be tolerated.”

More than a million Rohingya live in northwestern Myanmar’s Rakhine State, where they are denied citizenship, freedom of movement and access to services such as healthcare.

Serious ethnic clashes between Rohingya and ethnic Rakhine Buddhists erupted in 2012 in which more than 100 people were killed and some 140,000 were displaced.

“In 2012, lots of things happened and they killed us, so we understood at that time, they would not give us our rights,” said Ata Ullah.

A report by the International Crisis Group in December said the group, which at first called itself Harakah al-Yaqin, Arabic for “Faith Movement”, was formed by Rohingya living in Saudi Arabia after the 2012 violence.

It identified Ata Ullah, who appeared in a series of videos claiming responsibility for the Oct. 9 attacks on security forces, as the group’s leader.

Ata Ullah said decades of resentment at their treatment prompted hundreds of young Rohingya men to join him after he returned to Rakhine following several years in Bangladesh and Saudi Arabia.

“We can’t turn on the lights at night. We can’t move from one place to another during the day too. Everywhere checkpoints. That is not the way human beings live,” he said.

“We survive by selling cows”

In the earlier videos, Ata Ullah had cited Quranic verse and called for “jihad”.

Suu Kyi’s spokesman, Zaw Htay, said he “urged the international community to see the group’s background…they are linked with terrorist organizations from the Middle East”.

But Ata Ullah denied the group, which issued a statement earlier this week saying it was changing its name to the Arakan Rohingya Salvation Army, had any connections with other militants or received outside support.

“We have no groups who help us from behind, whether from here or also abroad…We survive here by selling cows and buffalos,” he said.

Myanmar’s military said last month that what it called a clearance operation in northwestern Rakhine had ended, although the area remains closed to outside observers.

Ata Ullah did not respond to several questions regarding the group’s future strategy, its current location or how many fighters were left with him. Flanking him as a spoke to Reuters was another man brandishing a machine gun.

The Rohingya crisis has posed the biggest challenge to Nobel peace laureate Suu Kyi’s government, which on Thursday marked its first year in power. Her defenders say there is little she can do, given the constitution gives her no control over the military.