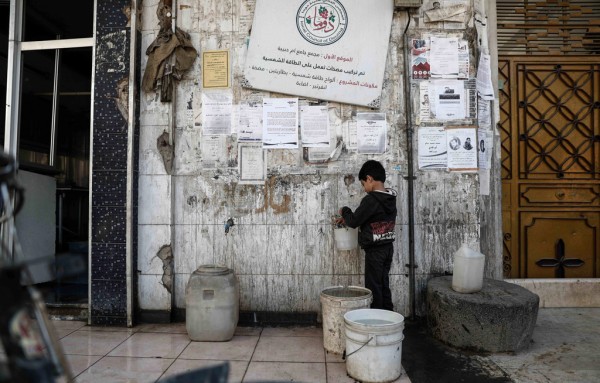 Russia seeks UN backing for deal on Syria safe zones: Russia on Monday faced resistance from Western powers to a bid to win UN Security Council backing for an agreement it signed with Iran and Turkey on establishing safe zones in Syria.

The deal signed in the Kazakh capital Astana last week calls for the creation of four “de-escalation zones” to shore up a ceasefire, ban flights and allow for deliveries of humanitarian aid.

Russia, which along with Iran is an ally of the Syrian government, signed the agreement with rebel supporter Turkey as a key step to unwinding over six years of violence that has cost more than 320,000 lives.

Seeking UN endorsement, Moscow circulated a draft UN resolution on Friday that welcomes the deal and calls on all parties to abide by the provisions setting up the de-escalation zones, according to the text seen by AFP.

The proposed measure “calls on all member-states to contribute in good faith to the implementation of the memorandum on the creation of the de-escalation areas” in Syria, according to the draft.

The Astana agreement was circulated as an annex to the draft resolution, which means it was formally submitted to the council for its approval.

Western diplomats expressed reservations about the Russian draft, saying it was premature to endorse the Astana deal until final arrangements for the proposed de-escalation zones were agreed.

Under the deal, Russia, Iran and Turkey have until June 4 to agree on the exact boundaries of the four zones, where fighting between rebels and government forces is meant to stop.

“We want to see the maps. We need a lot more detail,” said a council diplomat.

Russia pushed for a quick vote on the draft resolution but Uruguay s Ambassador Elbio Rosselli, who holds this month s presidency of the Security Council, said he did not expect one on Monday.

“There are consultations going on,” Rosselli told reporters. “Give it breathing room.”

Diplomats said it was unlikely there would be a vote on the draft resolution in the coming days so as to allow Western capitals to seek out more information on the Astana deal.

US Secretary of State Rex Tillerson will meet in Washington on Wednesday with his Russian counterpart Sergei Lavrov for talks on the way forward in Syria.

The agreement has not been signed by the Syrian government or the opposition. Details on whether international monitors will be deployed to the areas remained sketchy.

Syrian Foreign Minister Walid Muallem said on Monday his country would reject any role by the United Nations in monitoring “de-escalation” zones.