SCO Film Festival Will Show Pakistani Film: A Pakistani feature film is set to represent the country at the Shanghai Cooperation Organization (SCO) Film Festival to be held in Qingdao, east China’s Shandong Province from June 13th to 17th.

The five-day event, co-hosted by the State Film Administration and Shandong provincial government, aims to promote cooperation and exchange between SCO states.

The Feature film Chalay Thay Saath, to be screened at the festival, was first released in April last year, and later became one of the most popular Pakistani films on Netflix.

“A year after its initial release, Chalay Thay Saath, continues to enjoy a lot of popularity and I feel a lot of pride in having made the film,” Umer Adil, the director of the film, told media.

The festival will screen around 60 movies from the 12 countries, and hold more than 30 themed activities. The panel will consist of 12 members from each country to select the winners.

The festival, the first of its kind, will exchange cinematic culture among the nations of Shanghai Cooperation Organization (SCO).

KungFu giant Jackie Chan has been named as the festival’s promotional ambassador and filmmaker Han Sanping will head the jury panel.

The film festival will invite film professionals from the eight member states and four observer states of SCO. The movies, all brought by the SCO member states, will allow spectators to feast their eyes and experience different cultures.

The festival organizer is arranging the film screenings, planning to play the movies for over 260 times on 23 screens of 9 cinemas in Qingdao.

The SCO Film Festival is the first international film event held in Qingdao after the place was named ‘City of Film’ by the UNESCO. The festival will present characteristics and charm of the coastal city. 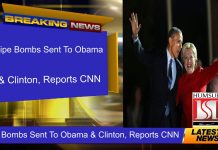