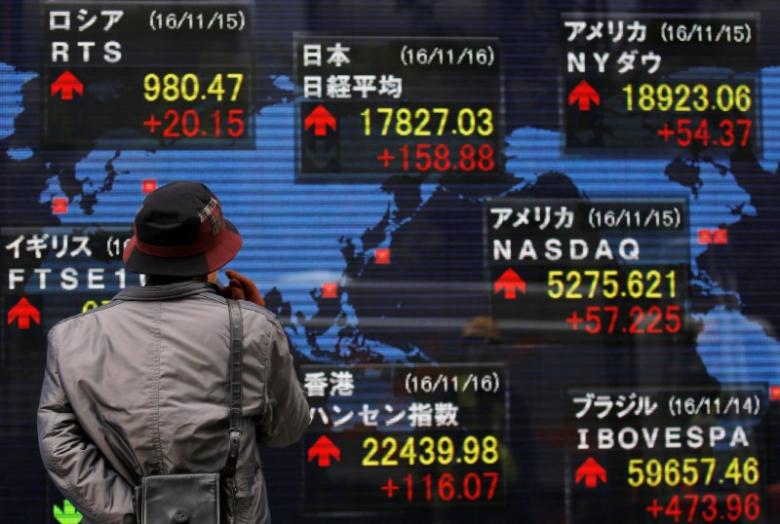 Stocks, euro dip as Macron win shifts focus to economy: European stocks and the euro pulled back on Monday from highs touched after Emmanuel Macron’s emphatic but well-flagged victory in France’s presidential election as investors’ focus shifted from politics to monetary policy.

With the political risks that have dominated European markets in a year packed with elections seen receding, the European Central Bank is expected to have more room to tighten policy as the euro zone economic recovery gathers pace.

The euro dipped against the dollar, having risen in early Asian trade to just above $1.10 when opinion polls signaled the scale of Macron’s victory over anti-euro nationalist Marine Le Pen.

It was a similar story in euro zone government debt markets: the premium investors demand to hold French rather than German benchmark 10-year bonds narrowed to its tightest in six months as markets opened on Monday, but then reversed.

“Investors will now go back to the basics of watching the underlying euro zone economic and inflation data and what implications it may have for monetary policy,” said Iain Stealey, a fixed income portfolio manager for JPMorgan Asset Management.

Although Macron’s victory with his business-friendly vision of European integration ensured there was no repeat of the populist surges that saw Britain vote to leave the European Union and President Donald Trump elected in the United States, the result was widely expected and analysts had forecast no major market moves.

Tokyo shares, resuming trade after a three-day market holiday, closed up 2.3 percent at a 17-month high.

Wall Street looked set to open modestly lower as index futures, including those on the S&P 500, which earlier hit a record high, reversed direction and fell.

“This is purely because the win that we had in France was so well priced in,” said Jane Foley, currency strategist with Rabobank in London.

The safe-haven Japanese yen, having earlier fallen to a seven-week low against the dollar, also changed course and was last up 0.1 percent at 112.56 per dollar.

The dollar index, which measures the U.S. currency against a basket of its major peers, was up 0.2 percent.

The gap between 10-year yields on French and German government bonds last stood at around 37 basis points, off opening lows around 33 bps.

The gap between yields in Germany and Italy, which faces an election before May 2018, rose to as high as 183 bps, up 10 bps from the day’s lows.

Yields on lower-rated southern European government debt, seen most vulnerable to a reduction in the pace or scale of the ECB stimulus that has suppressed borrowing costs, rose.

Oil prices, which hit almost six-month lows last week on worries about a global glut of crude, edged up on prospects of output cuts agreed by the OPEC producers group and others could be extended. Brent futures rose 38 cents to $49.48 a barrel.

Copper prices fell 1.4 percent to four-month lows around $5,015 a tonne as Chinese trade data showed April imports of the metal dived 30 percent from a month earlier.