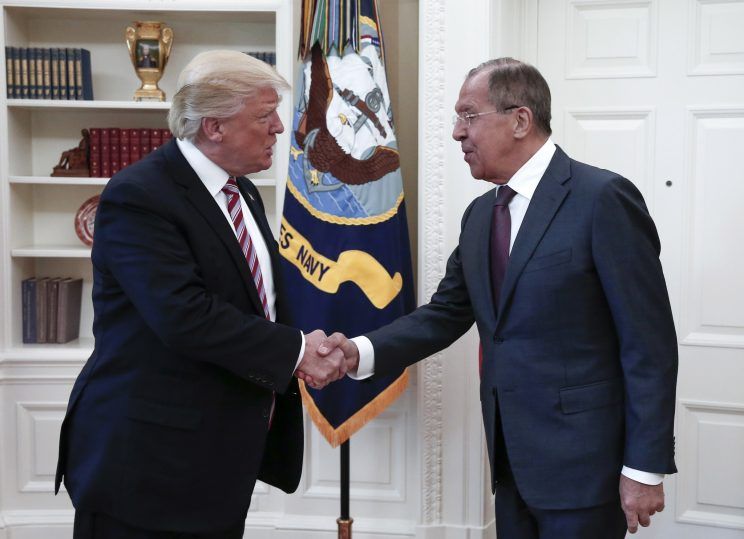 “We had a very, very good meeting” Trump said shortly after the meeting.

“We’re going to stop the killing and the death [in Syria],” he added.

Lavrov on Wednesday became the most senior Russian official to meet Trump since he came to office, and the most high-profile Kremlin official to visit the White House in years.

It is rare for a foreign minister – or any non-head of state representing a foreign country – to be given a meeting in the Oval Office.

“I think that we are going to do very well with respect to Syria, I think things are happening – they are really, really, really positive,” Trump said.