Telstra And Opus Fight In Court Over The Best Network: HumSub.TV

May 17, 2018 Telstra And Opus Fight In Court Over The Best Network 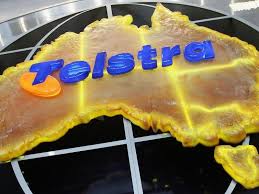 Telstra And Opus Fight In Court Over The Best Network

Telstra And Opus Fight In Court Over The Best Network: Telstra challenge to Optus’s claims of having the best mobile network in Australia! The two companies can rightfully be called as the giants of the mobile network and are figuratively locking horns every single day to gain hold of a market place that is already saturated.

While the use of cell phones and with them, cellular network is rampant and widespread to a fault, the networks themselves are pretty limited. The existing networks are also well established and deeply embedded within their niches in the market. In the prevalent cut throat rat race, it is fairly important to keep a firm grasp on the market share, and thus the battle ensues between Telstra and Opus, each fighting to secure their strong holds.

Facts of the matter!

Telstra challenge to Optus’s claims of having the best mobile network in Australia as placidly accepting this would mean Telstra actually accepts Optus as the leader in the market place. In order to make sure that this perception does not take hold in the minds of the user industry, Telstra has decided to pursue the matter in court.

The two locked horns when Optus made a claim stating themselves as the best mobile network provider in the country, and this claim was then challenged by Telstra. Optus responded by commenting on the tactics being employed by Telstra to sell and market its unlimited mobile plan in the market.

In a market place fraught with competition, it is arguable unwise to issue a public declaration stating oneself as “undisputedly operating the best national mobile network”. The company’s intention while making the said statement may have been honest, but it does belittle every other company operating within the same industry.

Furthermore, it is the responsibility of the organization to do its research before issuing such publications. According to Telstra, Optus does not have the numbers and surveys on its side, yet it has publicly accorded a misleading campaign. Telstra has demanded that the campaign be labeled as deceptive and damages should be awarded by the court.