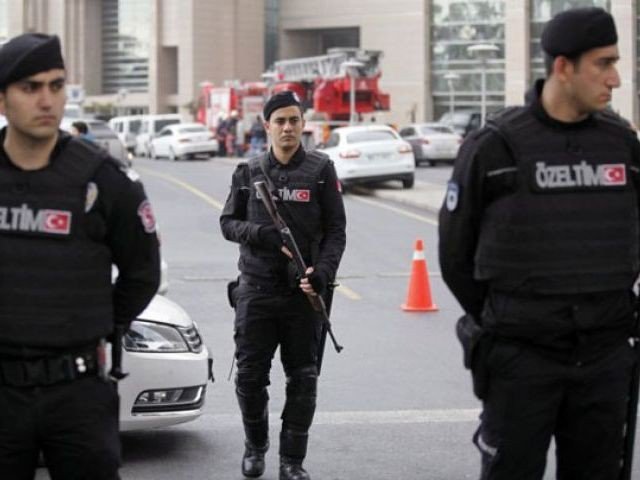 Oguz Guven was detained by police in Istanbul and taken to the city’s police headquarters for questioning, the Anadolu news agency said.

It added he had been detained due to a news story about the death in a traffic accident this week of senior Turkish prosecutor Mustafa Alper who had been a leading figure in the prosecutions of suspects detained over the failed July 15 coup.

It did not give further details. Guven had also said in a tweet that he was being detained.

One of Turkey’s oldest newspapers, Cumhuriyet has been a leading critic of Turkish President Recep Tayyip Erdogan but seen 19 staff members charged under the state of emergency imposed after the failed coup.

Most are in jail and those held under arrest include some of the biggest names in Turkish journalism, including the paper’s current editor in chief, Murat Sabuncu; commentator Kadri Gursel; writer Ahmet Sik; and cartoonist Musa Kart.

The journalists, most of whom have been held in prison for the last six months, face jail terms of up to 43 years if convicted.

They are accused of membership in a banned “terror group” and aiding outlawed organisations, charges which supporters have denounced as ridiculous.

Meanwhile Cumhuriyet’s former editor in chief, Can Dundar, was last year handed a five-year-and-10-month jail term and has now fled Turkey for Germany over a front-page story accusing the government of sending weapons to Syria.

According to the P24 press freedom website, there are 165 journalists behind bars in Turkey, most of whom were detained as part of the state of emergency imposed after the failed coup.

Turkey ranks 155 on the latest world press freedom index of Reporters Without Borders (RSF), below Belarus and the Democrati