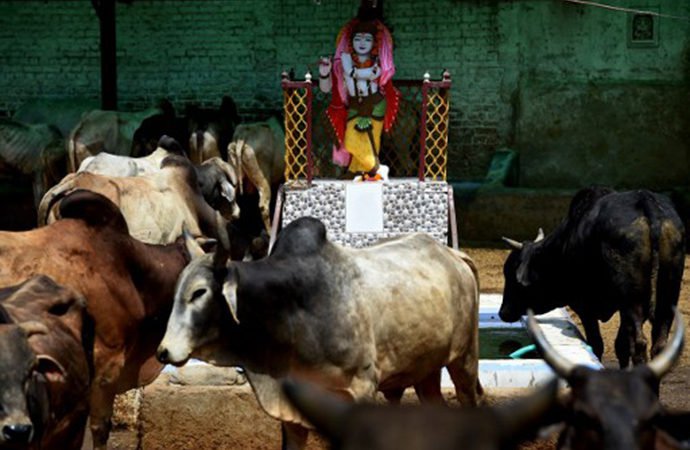 While father carries son’s body, ambulances reserved for cows in Uttar Pradesh: While cows are considered sacred in India and mostly in Uttar Pradesh, it seems like there is no value of a human, even after death.

This bitter reality was dawned on a man in Uttar Pradesh when his son passed away.

After his son, who was in his teen, died at a hospital in Uttar Pradesh, this father was offered no transport to return home with the dead body.

In a devastated condition, the man carried his 15-year-old’s body first on his shoulders and then on a bike in Etawah in the western part of the state till he reached his village, which was seven kilometres away from the hospital.

The tragic incident is ironic with the fancy new ambulance service for cows in Lucknow that was launched on the same day – Monday.

The scheme, which provides a total five vehicles are equipped with enough tools for a basic surgery, is paid for and run by an NGO.

This scheme provides a total number of five vehicles, which are equipped with all the modern technology.

It was inaugurated by Deputy Chief Minister Keshav Maurya. According to the plans this service will cater to the needs of a large part of province by proving assistance whenever required.

The ambulance service was reportedly launched so that it can rescue injured and ill cows, and take them to ‘gao shalas’ or the exclusive veterinary clinics especially made for them.