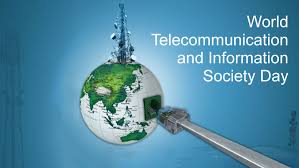 This year theme was “Enabling the positive use of Artificial Intelligence for All”.

In recent years there has been significant progress in AI technology, made possible by tremendous advances in contributing fields, such as Big Data, machine learning, computing power, storage capacity and cloud computing, among others. AI-based technologies are already emerging as a key component of proactive tools and applications being used to help people lead better lives by improving healthcare, education, finance, agriculture, transportation, and a wide range of other services.

The World Telecommunication and Information Society Day was observed in Mehran University of Engineering and Technology Jamshoro on Thursday like other parts of the world.

The speakers highlighted the importance of the day adding that the day is being observed since 1969. They stressed that artificial intelligence though provided fruitful results but at the other hand it also caused damages to human being because of negative use of innovations.

Experts emphasized the need of using the artificial intelligence for the larger interests of the human instead to destruction of humanity as being witnessed in this modern world.

Software and robots have been replaced with the manual functioning and the time is not far when author of best books will be declared to computers after the year 2050.

The people become dependents of software and robots in their routine activities. The Chairman Department of Telecommunication Dr. Faisal Karim Shaikh said that coming era will be the era of artificial intelligence where the people would completely depends on the performance of robots and computers.