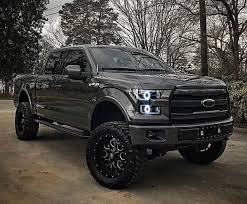 Ford’s new boss has outlined plans which he says will make the US car giant “fit” to compete in a changing industry.

Jim Hackett said Ford would shift resources from traditional cars to SUVs and trucks, while investing in electric power and tech services.

The firm will also automate its manufacturing processes more to help to cut costs by $14bn (£10.5bn).

Mr Hackett identified the goals after a 100-day review.

He became head of the company in May, replacing Mark Fields, who had been in the top job for only three years.

During that time, the firm had two of the most profitable years in its history, but the share price drifted lower.

Investors have been concerned that Ford is not moving quickly enough in markets such as China and in sectors such as automated cars to fend off competitors, including new ones emerging from Silicon Valley.

“The industry is staring at the tech companies coming at it. That’s where I feel I bring some experience to Ford, where I can help,” said Mr Hackett, who joined Ford last year to lead its autonomous car division before taking the top job.

“Fitness is the way you protect your broadsides from disruption,” he told an investor meeting in New York on Tuesday.

Mr Hackett said the firm needs to automate and simplify its production processes and invest $7bn in its successful products, such as SUVs and light trucks, which have driven US sales this year.

It is also planning to make its vehicles more tech-savvy, with 90% of its vehicles sold around the world “built with connectivity” by 2020.

Executives said those features – such as easy compatibility with phones and other devices – would help attract customers to the brand.

They said they also opened opportunities for new lines of business, such as medical transport, ride-hailing and goods delivery.

The firm already operates a shuttle bus service called Chariot in four US cities and is set to expand it further by the end of the year.

Ford said it has signed agreements to work with cities such as Mumbai on transport.

Mr Hackett said Ford had been slow to shift to electrification because of the costs. But it is working on partnerships with companies such as Zotye in China, where the government has called for quotas related to electric car sales.

Company leaders said they are confident about prospects in China, where the firm has lagged behind some peers. But they are looking carefully at operations in Europe, which have been affected in part by Brexit and the fall in the pound.