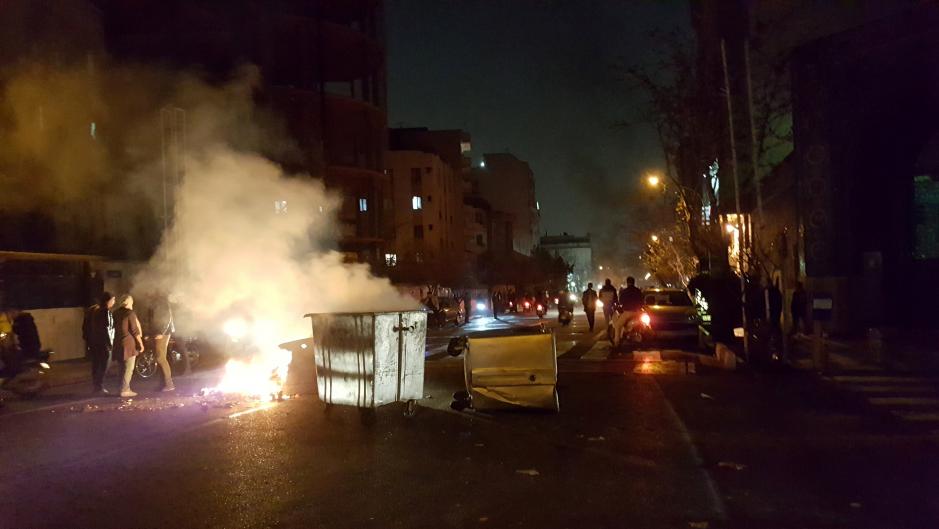 Late night on Monday January 1, 2018 Iranian protesters attacked a police station. According to some people 13 people have been killed as a result of these protests.

An intense clash in the central town of Qahderijan between protesters and security officials was recorded on camera and is viral on social media. The protesters were trying to occupy a police station which was partially set on fire.