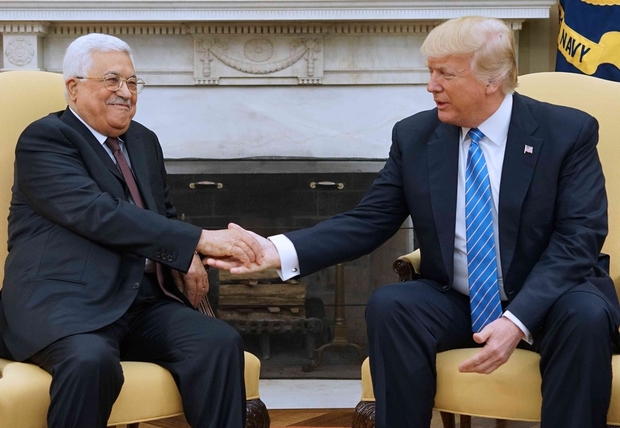 Trump is expected in Israel later this month as part of his first foreign trip and the Palestinian president said “we are looking forward to his visit soon to Bethlehem” in the occupied West Bank, with speculation it will occur on May 23. “We told him that we were ready to collaborate with him and meet the Israeli PM under his auspices to build peace,” Abbas told reporters while meeting German President Frank-Walter Steinmeier.

Abbas met Trump in Washington last week for their first face-to-face talks. Trump also announced last week that his first foreign trip as president will include stops in Saudi Arabia, Israel and the Vatican – the spiritual centres of Islam, Judaism and Catholicism.

At the time of the announcement, a senior Trump aide did not rule out the possibility of a presidential stop in the West Bank, but said that it was likely to be contingent on security and Abbas taking concrete steps toward peace.

Trump has been seeking ways to restart moribund Israeli-Palestinian peace efforts. As he hosted Abbas in Washington, Trump confidently predicted that a peace agreement was within grasp, brushing aside the complexities of a decades-old conflict that has bedevilled successive US leaders.