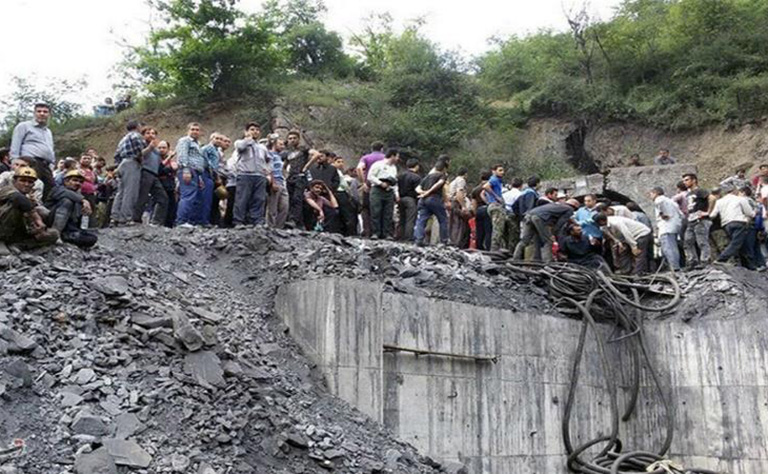 Iran mine accident search concludes with 43 dead: Iranian rescue workers on Tuesday pulled out the 43rd and last body of victims killed in a mine explosion after six days of round-the-clock digging, the state broadcaster reported.

The explosion happened on Wednesday in Zemestan Yort mine in Golestan province when workers tried to jump-start an engine in a tunnel filled with methane gas.

The bodies of 26 miners were recovered on the second day while rescue teams had to work four more days to gradually access the rest who were trapped in the excavation shafts.

The final toll was higher than expected as it had been unclear how many unregistered day-labourers were trapped by the explosion.

Rescue work was hindered by the amount of rubble and toxic gases that filled the narrow mile-long tunnel.

President Hassan Rouhani’s car came under attack from angry miners and the families of victims when he visited the site on Monday. Rouhani, who is seeking re-election on May 19, promised to deal with those at fault in the accident and pay overdue wages.