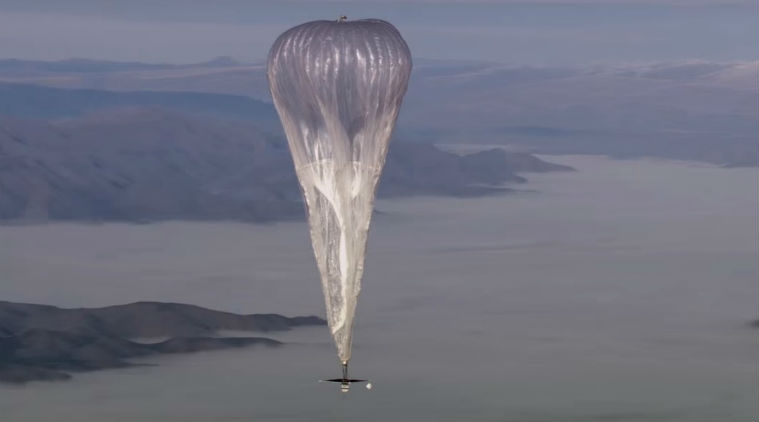 Alphabet balloons are connecting flood hit Peru: Thousands of people are getting online through Project Loon which is an ambitious connectivity project of Google’s parent company Alphabet.

Project Loon uses large air balloons carrying small equipment to beam internet access to a wide area underneath. Project Loon’s representative told the media that they were testing the system in Peru when serious floods hit the region in January 2017, which had left 94 people dead and around 700,000 homeless. So the internet services were provided through this technology for people living in badly hit cities.

Until recently only small scale test versions of the technology were used. Project Loon is currently in competition with other projects looking to provide internet access through the sky. Some of them are Facebook’s Aquila project tests, which were conducted in the UK.

Project Loon had recently announced that it had figured out how to steer the weather balloons using artificial intelligence by raising or lowering them to weather streams. It was this discovery that enabled the company to use just a handful of balloons to connect people in Lima, Chimbote and Piura.

These balloons were launched from the US territory of Puerto Rico before they were guided south. Over the course of three months the balloons were still providing access and users have sent 160GB-worth of data which is equivalent to 30 million instant messages or two million emails.

Sal Candido, who is a project Loon engineer, said “So the thing about stratosphere balloons is they’re 20km above us, and they’re way above a lot of the chaos that goes on down on the ground.”

About 40,000 square kilometers have been provided connectivity through these balloons, which is roughly equal to the size of Switzerland.. The connectivity through the Project Loon was made possible with the help of Spanish telecoms giant Telefonica. The telecom company operates from Peru. Several other organisations helped in setting up ground stations that enable the balloons to function and connect to the internet.

Telefonica’s Dennis Fernandez said that “The company focused on bringing the best connectivity support in these emergency situations, especially in the most affected areas.” Fernandez said that it was a complex operation to tackle the complex logistical challenge and meet the needs of all during those extreme circumstances. Users of Telefonica would be able to use the service normally except the signal was being provided by the weather balloons instead of traditional masts.

The technology is still in the early phases. Project Loon was able to roll out quickly in Peru due to the fact that the ground setup had already been set up ahead of the floods in Peru. The concept whether using balloons or drones, has faced similar problems which are mostly related to keeping them in air. Both Project Loon and Facebook’s Aquila have seen their devices crash land. The record length for the project Loon balloon is 190 days, while Facebook had declared that it had completed a flight of its drone that lasted 96 minutes.

Some people question the motive of the Silicon Valley giants claiming that the operation has been placed to collect data which will be later used to sell targeted advertisement. The accusation has been denied by the representative of Telefonica’s network.