At least one dead, 35 wounded in Kabul attacks 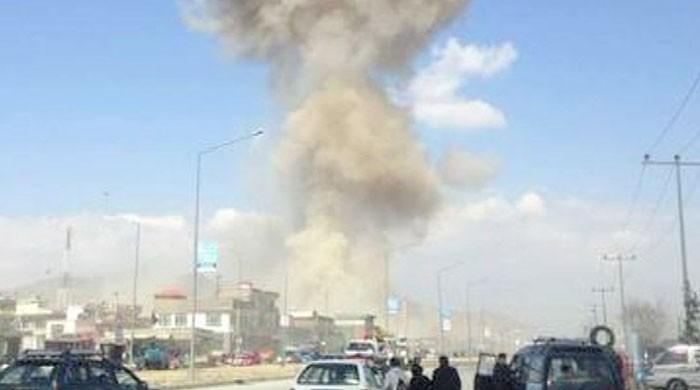 At least one person was killed and 35 wounded on Wednesday in Taliban attacks on different parts of the Afghan capital of Kabul, the ministry of public health said.

A ministry spokesman said one person was killed in an attack on an office of the main intelligence agency on the city’s eastern outskirts, while at least 35 people were wounded in a separate attack on a police office in the west of Kabul.

Afghan Taliban militants said they attacked police, military and intelligence targets in Kabul on Wednesday and security officials confirmed ongoing attacks in at least two areas of the city, but there was no official word on casualties.

A resounding explosion was heard across the city followed immediately by gunfire between security forces and an unknown number of attackers in the west of Kabul.

The fighting was concentrated near a district police headquarters located not far from a military training school, according to one police official, who spoke on condition of anonymity because he was not authorised to talk to the media.

A security official said one attacker was barricaded inside the police building.

A separate attack appeared to have targeted an office of Afghanistan’s intelligence agency on the eastern outskirts of Kabul.

However a senior army official said that attack appeared to have been quickly suppressed.

“Two terrorists entered a building. One blew himself up and the second was shot by Afghan security forces,” said Abdul Nasir Ziaee, commander of 111th corps based in the east of the city.

Last month, a suicide bomber killed at least 20 people outside the Supreme Court in Kabul.

The attacks come shortly ahead of the period when the Taliban, seeking to reimpose Islamic law after their 2001 ouster, announce their spring offensive and underline warnings from Afghan officials that they face a very difficult campaign season.