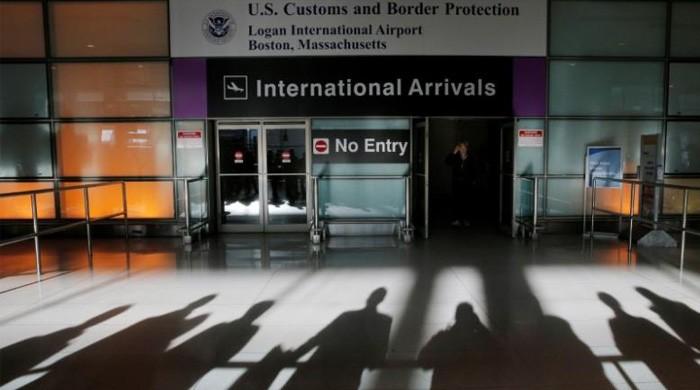 In formulating a new executive order limiting travel to the United States, President Donald Trump has promised to make the directive harder to fight successfully in court than the one he issued in January.

One way the administration will likely try to do that, legal experts say, is to shape the order more narrowly to undercut the opportunity for states and other opponents to sue by showing courts they have “standing,” or the ability to argue the president’s order causes them harm.

But legal experts said a new order, which a White House source said was likely to be announced on Wednesday, was unlikely to fully eliminate the ability of challengers to pursue legal actions.

More than two dozen lawsuits were filed in US courts against the initial travel ban, which temporarily barred travellers from Iran, Iraq, Libya, Somalia, Sudan, Syria and Yemen. In one case, which ultimately got the order temporarily suspended, the state of Washington claimed standing in part because the ban affected Washington residents living and working legally in the United States as permanent residents known as green card holders.

By excluding legal permanent residents from a new order, something the administration has said is likely, the president would make it harder for opponents to challenge the ban.

Larry Klayman, the founder of the conservative advocacy group Freedom Watch, said that with a narrower order, legal standing could be a real problem for potential challengers.

Trump has said travel limitations are necessary to protect the United States from attacks by militants. Americans were deeply divided over the measure, which had some support but was condemned by prominent US companies and allies.

The initial order caused chaos at airports, as people, including green card holders initially, were temporarily blocked from entering the United States.

Some of those people and several states challenged the order. The 9th US Circuit Court of Appeals, ruling in the Washington case, said the ban likely violated the state’s due process rights and suspended it.

The 9th Circuit also ruled that Washington had legal standing to challenge the ban, over objections from the Department of Justice.

Stephen Legomsky, former chief counsel for US Citizenship and Immigration Services under President Barack Obama, said a narrower ban “weakens the arguments for standing but doesn’t entirely eliminate them.”

Legomsky noted that “in general the Constitution does not apply to people outside the United States, but that is not ironclad.”

A US citizen whose spouse was barred from visiting by the order, for instance, could argue that he or she had the standing to challenge it. Or a state university might argue that the order negatively affected it.

In its ruling, the 9th Circuit said Washington state had standing because it was harmed by Trump’s order, specifically noting that faculty at the state’s universities from those seven countries would be prohibited from travelling for research or academic collaboration.

“The universities’ reputations depend on the success of their professors’ research,” the court wrote.

The one thing legal experts on all sides of the issue agree on is that the new order will be challenged in courts.

“No matter what they do there will be litigation,” said Stephen Yale-Loehr. He said he thinks it likely challengers will be able to establish standing, leaving the courts to decide whether the ban is legal. At that point, Yale-Loehr says, the wording of the new order will become crucial.

“If they limit the executive order to people who have never been to the US before, they might win on the merits eventually,” he said.