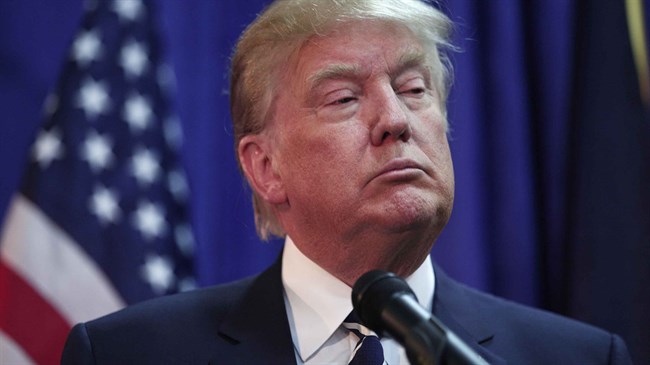 A pillar of Trump´s campaign was to quicken the fight against Daesh, which despite losing thousands of fighters still controls parts of northern Syria and Iraq, and he berated Barack Obama´s administration for taking too long to do so.

Trump had claimed to have a secret plan to defeat the brutal extremists, but never disclosed what this might be.

He repeatedly pledged to “bomb the hell” out of them and even threatened to kill family members of suspected Daesh fighters.

Shortly after taking office, the new president gave the Pentagon 30 days to review progress to date and develop a comprehensive plan to “totally obliterate” Daesh.

A US-led coalition has been bombing the militants in Iraq and Syria since late summer 2014, while also deploying Western commandos to train and advise local forces.

The initial draft of the review is now complete, and Defense Secretary Jim Mattis presented the findings to Trump´s top national security advisors.

The options outlined in the classified document are preliminary and need to be further refined, said Pentagon spokesman Navy Captain Jeff Davis.

“It is about the rapid defeat of Daesh,” Davis said.

“We´re going to continue to have a dialogue with our chain of command going forward and developing this plan.”

The proposals will likely outline the possibility of sending more US troops to the Middle East and could see the Pentagon taking a more aggressive stance in other key areas.

“This is not about Syria and Iraq, it´s about a trans-regional threat,” General Joe Dunford, who chairs the Joint Chiefs of Staff, told a Washington audience last week.

“In this particular case, we´re talking about Daesh, but it´s also Al-Qaeda and other groups that present a trans-regional threat.”

“All of us who have participated in these conflicts over the last 15 years realize that anything we do on the ground has to be in the context of political objectives or it´s not going to be successful,” Dunford said.

The review includes input from across the government, including its spy agencies, State Department and Department of Homeland Security.

Since the coalition effort to defeat Daesh began, the militants have lost much of the ground they once held, and tens of thousands have been killed in air strikes and ground combat.

In Iraq, they are clinging to the last parts of their former bastion Mosul as Iraqi security forces backed by Western air power push them from the city.

The fight is more complex in civil war-torn Syria, where Russia is conducting its own air campaign to prop up President Bashar al-Assad.

A key question is whether America will arm Syrian Kurdish forces to lead the fight to retake Raqa — a move sure to infuriate ally Turkey, which considers the Kurdish fighters terrorists — or whether the United States should send in more combat troops.

Currently, only about 500 US troops are in Syria, mostly special operations forces working behind the frontlines to train local Kurdish and Syrian Arab fighters.

Because Obama was elected in 2008 on the promise of ending US conflicts in the Middle East, he was loath to put US forces in combat.

The anti-Daesh review is also a significant first test for the relationship between Trump and Mattis.

Trump has so far given the Pentagon chief broad leeway on shaping US military policy, even though the retired Marine Corps general has pushed back against much of Trump´s more blustery rhetoric, including his professed support of torture and claim that America should seize Iraq´s oil.