May 16, 2018 Bloomberg’s Report on Pakistan’s Economy Gives A Gloomy Picture 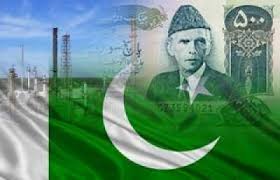 Bloomberg’s Report on Pakistan’s Economy Gives A Gloomy Picture: Bloomberg reported that Pakistan’s retiring government expects the economy will cultivate at the fastest pace in more than a decade in the coming fiscal year, but the economists are doubtful.

Standard Chartered Plc, Elixir Securities Pakistan Pvt. and BMA Capital Management Ltd. are among those that have downgraded growth forecasts, staking on a slowdown for the first time in 6 years.

Growth in South Asia’s second-largest economy is set to decrease to 5.2% in the year and this projected slowdown comes as the government scales back plans for spending on roads and infrastructure to meet fiscal targets

“Pakistan’s economy can’t grow faster anymore with the external imbalances,” said Hamad Aslam, research director at Elixir Securities Pakistan Pvt. There is also “increased conviction on Pakistan entering an IMF program later this year that will focus on controlling the deficit over growth.” stated the report.

Economy from Bad To Worse

The economy has gone from bad to worse before elections.

In the budget announced last month, the government slashed development spending by 20% to Rs. 800 billion ($6.92 billion). Fixed investment demand by the private sector dropped 6%t to Rs.148 billion in the eight months ended February, according to government data.