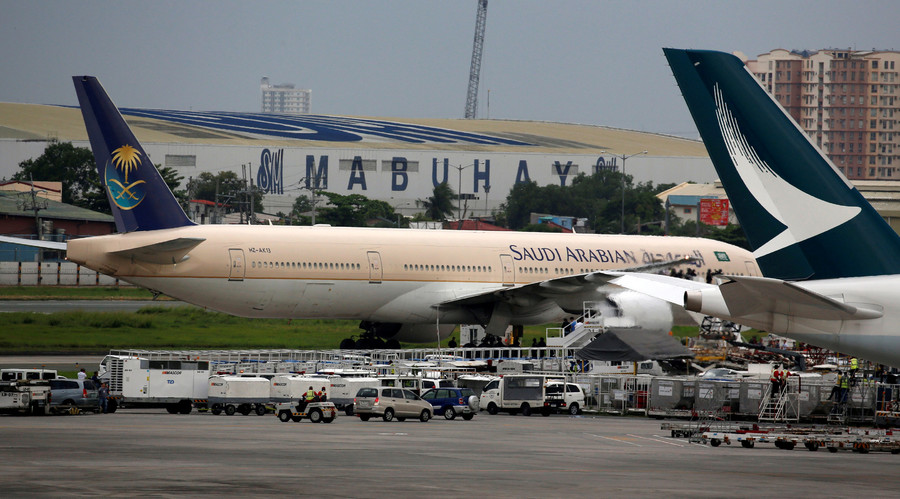 Bomb threat brings panic on Saudi airliner: An apparently mentally unstable man caused panic among passengers on an airliner heading for Cairo from Jeddah in Saudi Arabia on Tuesday when he threatened to blow up the aircraft, airport sources said.

The 61-year-old man, a retired textile worker from Egypt, was subdued by security staff on the plane, operated by Saudi airline Flynas, and arrested when it landed in the Egyptian capital, the sources said.

The man told police he was not aware of what he had done, according to the sources. He was being questioned and was expected to be referred to a psychiatrist to determine his mental state. State-run newspaper Ahramgate said no weapons or explosives were found with him.

Air security is a sensitive topic in Egypt. An Egyptair plane crashed in the Mediterranean last year, killing all 66 people on board in so far unexplained circumstances, while a Russian plane came down over Sinai in 2015, killing 224 in an attack claimed by Islamic State.