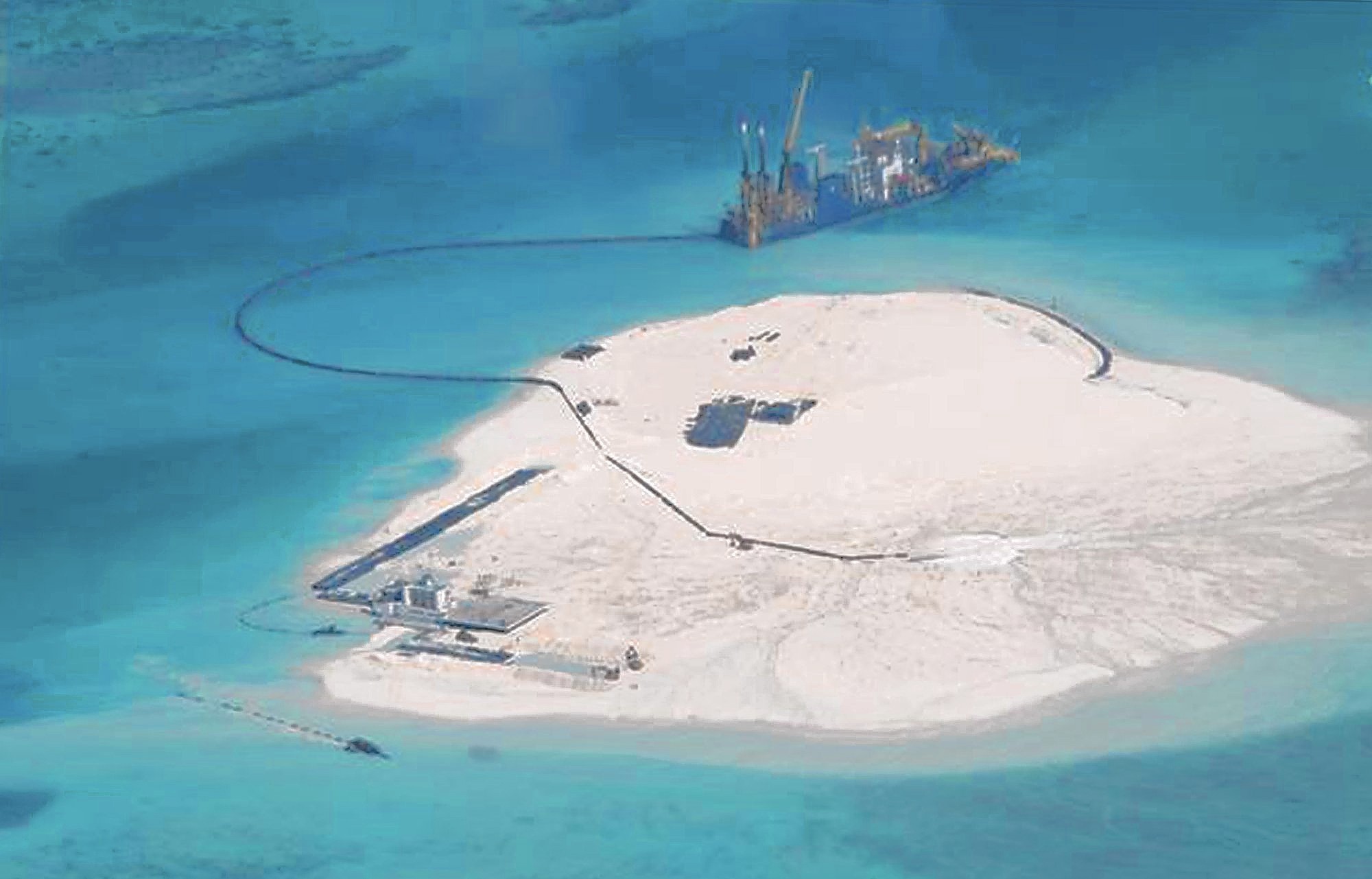 There was “no such thing” as man-made islands in the disputed South China Sea, China’s Defence Ministry said on Thursday, and reiterated that any building work was mainly for civilian purposes.

China, which claims most of the resource-rich region, has carried out land reclamation and construction on several islands in the Spratly archipelago, parts of which are also claimed by Brunei, Malaysia, the Philippines, Taiwan and Vietnam.

The building has included airports, harbours and other facilities, involving in some cases the dumping of massive amounts of sand to build up land on what were reefs or structures that may only have been exposed at low tide.

But ministry spokesman Wu Qian implied that was perhaps a misunderstanding, though he said there was construction work which China had every right to do as the Spratlys were inherent Chinese territory.

“There is no such thing as man-made islands,” Wu told a regular monthly news briefing. “Most of the building is for civilian purposes, including necessary defensive facilities.”

The South China Sea is generally stable at present, but some countries outside the region are anxious about this and want to hype things up and create tensions, Wu said, using terminology that normally refers to the United States.

Pressed to explain his comment that were no man-made islands, Wu declined to elaborate, saying China had already provided a full explanation of its construction work.

On Monday, a US think tank said China appeared to have largely completed major construction of military infrastructure on artificial islands it has built in the South China Sea and can now deploy combat planes and other military hardware there at any time.

China has repeatedly denied charges it is militarising the South China Sea, through which about $5 trillion in ship-borne trade passes every year.