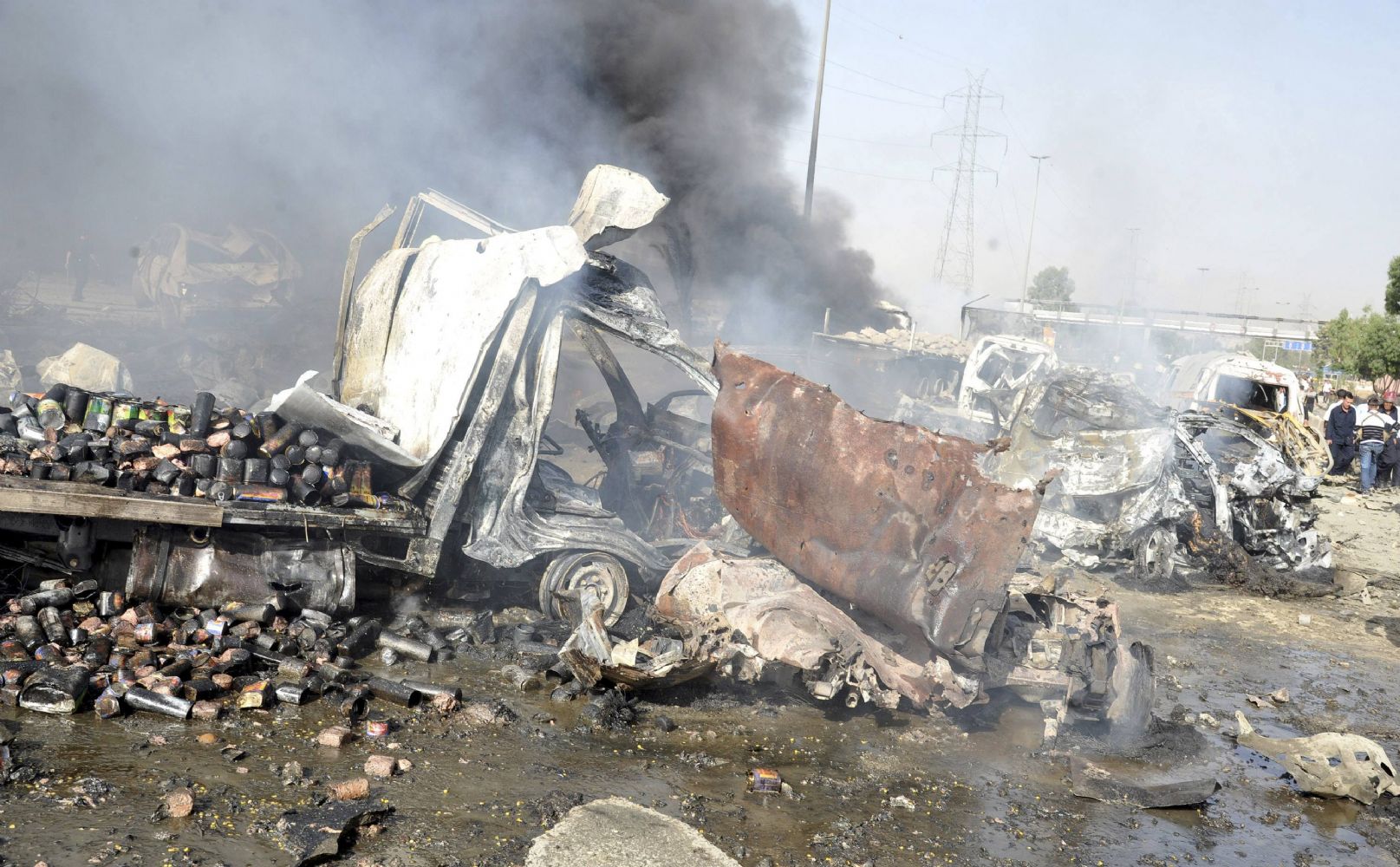 Death toll from Damascus bombing climbs to 74: The death toll from a double bomb attack targeting visiting a pilgrimage site in Damascus has climbed to 74, the Syrian Observatory for Human Rights reported on Sunday.

Most of the dead in Saturday’s attack were Iraqi who were going to visit a cemetery near the Old City of Damascus.

There has been no claim of responsibility. The Hezbollah-run al-Manar TV station said it was carried out by two suicide bombers.

Syrian President Bashar al-Assad has been supported in the country’s war by militias from countries including Iraq, Afghanistan and Lebanon.