China To Install Oil Refinery In KPK: A Chinese company will install an oil refinery in Khyber Pakhtunkhwa. A Memorandum of Understanding has been signed between Khyber Pakhtunkhwa Oil and Gas Company and Jianglian International Engineering.

The project will refine 20,000 barrels of oil every day. The document states that Jianglian engineering “is ready to allot necessary technical, personnel and financial resources.”

On October 2, a Saudi delegation agreed to install the world’s third largest oil refinery in Gwadar city so Central Asian countries can be supplied. The refinery will also meet the oil needs of Pakistan and China.

The Kingdom has been invited to invest in an 80,000-acre ‘mega oil city’ in Gwadar. The oil imported from Gulf countries will be stocked here.

This was revealed by industry officials an agreement in this regard is expected to be ratified soon, said an official, who wasn’t aware of the actual details of it.

This refinery is expected to have a capacity of 250,000 to 300,000 barrels per day and officials stated the project objective was to provide the uninterrupted supply of crude oil and finished products in Khyber Pakhtunkhwa, Punjab and across other areas of Pakistan.

Five refineries are presently in existence, which has a combined capacity of roughly 404,000 barrels per day.

Pakistani refineries are producing between 25 percent to 40 percent of furnace oil from their product mix. The ban enforced on the usage of furnace oil in power plants by the government caused a major headache for the refineries back in November last year.

The country is already reducing its reliance on furnace oil and the government has invested millions in cheap sources of power generation which includes coal-based and RLNG-based power plants. 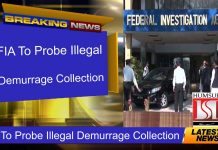