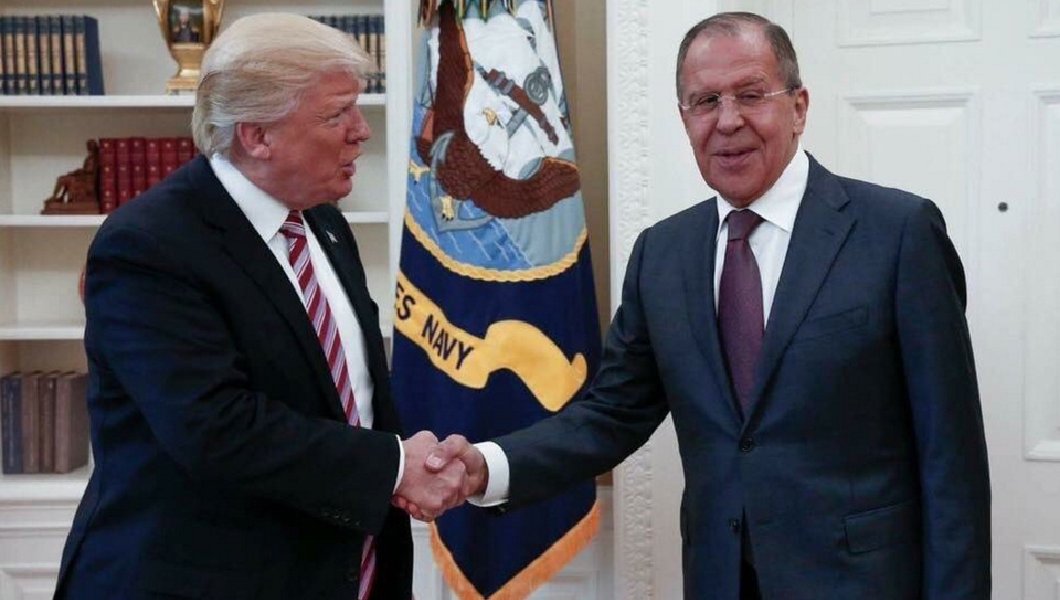 This information, apparently, related to the use of laptops on aircraft, came from a partner of the US which had not given permission for it to be shared with Russia. However, National Security Adviser HR McMaster dismissed the reporting as “false”.

The fallout from this story could be enormous as the FBI is currently investigating the Trump campaign for possible ties to Russian interests. Meetings with Russian Ambassador Sergei Kislyak, last week, featured prominently in the firing of National Security Advisor Michael Flynn and the recusal of Attorney General Jeff Sessions on Russian investigation matters.

There is the concern about whether the US allies will be more reluctant to share sensitive intelligence information with the US, mindful that the president might put the sources at risk.

Furthermore, it is worth remembering the ongoing dispute that Mr Trump has had with the US intelligence agencies.

Some officials have informed the Washington Post and the New York Times that in his discussions with the Russian foreign minister and Russian Ambassador Sergei Kislyak in the Oval Office, President Trump apparently revealed details that could lead to the exposure of a source of information. Though the discussion was meant to be about an IS plot, President Trump reportedly went “off-script”, revealing specifics of the plot, thought to center on the use of laptop computers on aircraft, and the city from which that threat had been detected.

This intelligence had been obtained from a US ally and had been considered too sensitive to share with other US allies. Therefore upon realising Presidents Trump’s error the staff hurried to “contain the damage” by informing the CIA and the National Security Agency (NSA).

This allegation was reported as “false” by the National Security Adviser HR McMaster. He further stated “I was in the room, it didn’t happen”. Adding “The president and foreign minister reviewed a range of common threats to our two countries, including threats to civil aviation. At no time were intelligence sources or methods discussed. And the president did not disclose any military operations that were not already publicly known.”

In his statement, Secretary of State Rex Tillerson echoed the point that “the nature of specific threats were discussed, but they did not discuss sources, methods or military operations”.

Regardless President Trump’s actions would not be considered illegal, as the US president has the authority to declassify information.

The meeting with the Russian foreign minister and Russian Ambassador Sergei Kislyak came a day after President Trump had fired the FBI chief, James Comey, sparking criticism that he had done so because the FBI was investigating alleged Russian ties.

Reporter Greg Jaffe said the Post’s story made it clear the president did not disclose sources or methods but added: “Our story says that the nature of the information provided would have allowed the Russians to ‘reverse engineer’ to discover the sources and methods. He said so much that they could figure it out.”

A spokesman for Paul Ryan, Republican speaker of the House of Representatives, said: “We have no way to know what was said, but protecting our nation’s secrets is paramount.