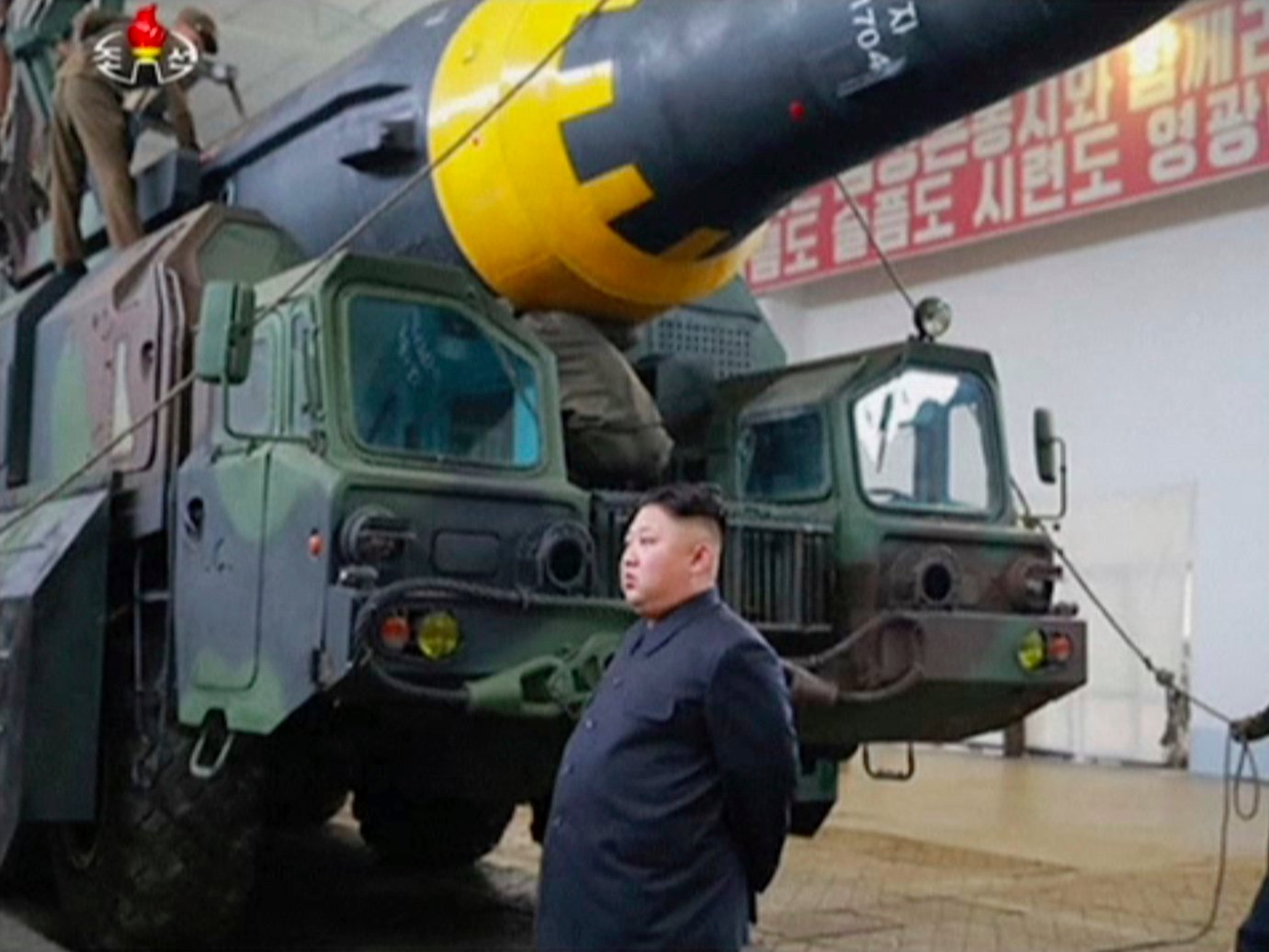 The 15-member Council, in a statement, demanded that Pyongyang conduct no further tests in the future.

North Korean sources say that the test on Sunday  was carried to gauge the abilities of a “newly developed ballistic rocket”. The KCNA report said that, the test had been overseen by the North’s Supreme Leader, Kim Jong-un. It said he had told the scientists and technicians involved “not to be complacent” but to build further “nuclear weapons and methods of delivery” until the US made “the right choice”.

On Monday, North Korea’s KCNA state news agency said the test of a “newly developed mid/long-range strategic ballistic rocket, Hwasong-12” had gone to plan. “The test-fire aimed at verifying the tactical and technological specifications of the newly developed ballistic rocket capable of carrying a large-size heavy nuclear warhead,” it said.

The South Korean military said that even though it could not yet verify the North’s claims, Pyongyang’s missiles did appear to be able to leave and re-enter the atmosphere, which is crucial to developing intercontinental ballistic missiles (ICBMs).

In the statement yesterday, 15th May 2017, the UN Security Council stressed on the importance of North Korea “immediately showing sincere commitment to denuclearization through concrete action”. The Council had imposed six sets of sanctions against the North since 2006.

Whereas North Korea is known to be developing both nuclear weapons and the missiles capable of delivering those weapons to their target, both are in defiance of UN sanctions, it remains unclear however whether it has the ability to make the weapons small enough to be mounted on a rocket, and it has never tested an ICBM which could reach, for example, the US.

Technical data about ICBM’s seems to suggest that they have a range of about 6,000km, but analysts believe the missile tested on Sunday would have travelled about 4,000km if it had been fired at a standard trajectory rather than upwards.

The White House has mooted talks with North Korea under the right conditions, which would include a halt to missile tests. In a statement on Sunday, it said Pyongyang had been “a flagrant menace for far too long” and that this “latest provocation” should “serve as a call for all nations to implement far stronger sanctions”. The US ambassador to the UN, Nikki Haley, said on Sunday that until Mr Kim met the US conditions, “we’re not sitting down with him”.

South Korea’s newly elected President Moon Jae-in, who is seeking deeper engagement with the North, said it was a “reckless provocation” while China, North Korea’s only real ally, is urging restraint.