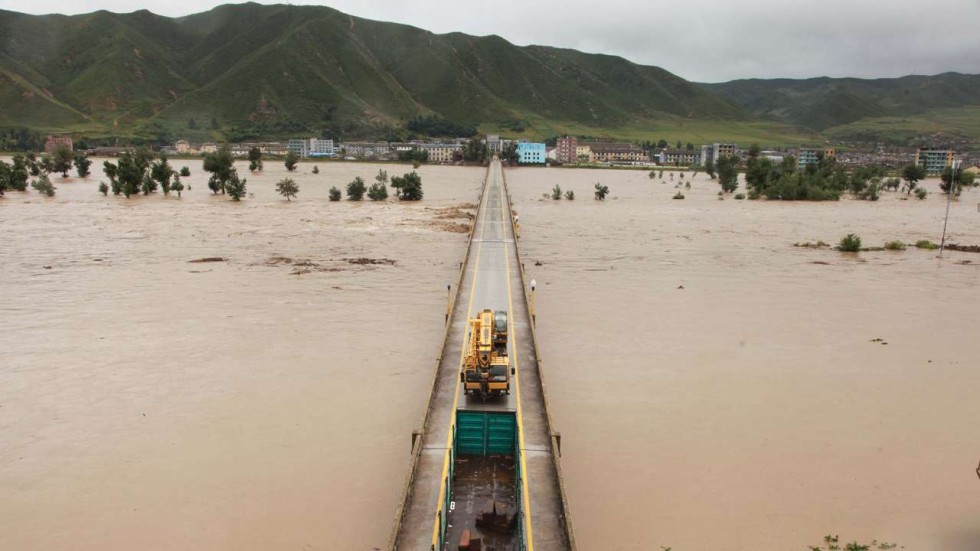 Floods leave thousands homeless in Canada: Floods in Canada have forced the evacuation of more than 2,000 people from their homes and into emergency centers, officials said on Tuesday.

The Saint Lawrence and other rivers burst their banks from the area around Lake Ontario, in the center, to the province of Quebec in the east, flooding 171 towns and villages, and prompting authorities to declare a state of emergency in 10 municipalties. Some 3,000 homes and public buildings were damaged by the rising waters.

The rising waters hit their peak on Monday near the capital Ottawa, and severe flooding was reported around the town of Rigaud. 70 kilometers west of Montreal, where the waters have now begun to level off. Hundreds of homes have been swamped in Rigaud in the past three weeks.

Quebec s prime minister Philippe Couillard said that the levels had begun easing off on Tuesday.

“We are now entering a period of falling water levels,” he said, but warned that this did not mean flooded areas would be easily accessible again even in the coming days.

Montreal declared a 48-hour state of emergency on Sunday but has extended it to five days.

Canadian prime minister Justin Trudeau said the situation was serious, noting that “Quebec and Ontario have asked for military aid” and that 1,650 members of the armed forces had been deployed to the stricken areas.

“Naturally the federal government will cover all the costs linked to this aid for Quebec and Ontario,” he said.