Tunnel collapses at US nuke site, no radiation leak reported 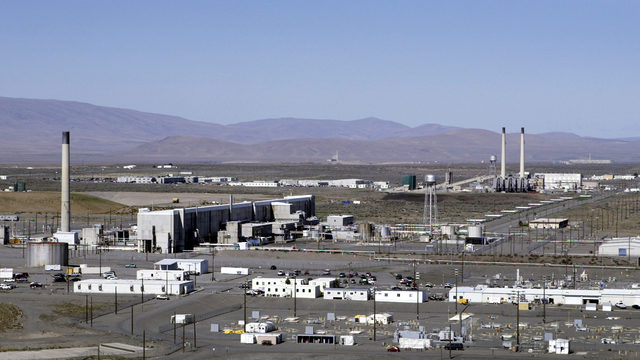 Tunnel collapses at US nuke site, no radiation leak reported

Tunnel collapses at US nuke site, no radiation leak reported: Hundreds of workers at a nuclear site in the US state of Washington were ordered to take cover Tuesday after a storage tunnel filled with contaminated material partially collapsed, but there was no indication of a radioactive leak.

Employees at the sprawling Hanford Site plant, located about 170 miles (275 kilometers) southeast of Seattle, were sent an early morning alert by management telling them to “secure ventilation” and refrain from “eating or drinking.”

Federal officials said there was no sign that any radioactive material had leaked after crews discovered that a 20-foot (six-meter) section of a 100-foot long tunnel — containing rail cars filled with nuclear waste — had caved in.

By early afternoon, eating and drinking were allowed, and some workers were being authorized to leave — but the areas closest to the tunnel remained in lockdown.

“All employees have been accounted for, there were no injuries and there is no indication of a spread of radiological contamination,” said Destry Henderson, a spokesman for the Hanford Emergency Center.

The Hanford nuclear site was used to produce plutonium for the bomb that brought an end to World War II. Its last reactor closed down in 1987 but millions of gallons of leftover waste are contained in tanks at the site.

Henderson said the alert was raised early Tuesday after employees at the Plutonium Uranium Extraction Facility (PUREX), a former chemical processing plant, noticed during a routine inspection that soil had sunk over one of two tunnels in the area.

“At that point… an emergency was declared and about half a dozen employees at the facility were evacuated,” he said.

He added that workers in other areas were told to take cover after emergency crews discovered that the roof of the tunnel had collapsed.

“There is no indication of a release of contamination at this point,” a statement by the US Department of Energy said. “Responders are getting closer to the area where the soil has subsided for further visual inspection.”

A photo posted on the Hanford Emergency Center s website shows a large hole in the roof of the tunnel.

Henderson said emergency crews on the scene were trying to determine what caused the cave-in. Workers are also monitoring the air in the vicinity to detect contamination.

“Crews are using hand surveying techniques in the outer areas around the PUREX facility,” the energy department said.

“At and near the area of subsidence crews have deployed a TALON, which is a remote operated surveying device that is capable of radiological and industrial hygiene monitoring as well as capturing video footage.”

The two tunnels were used at the beginning of the 1950s to store contaminated equipment and the cave-in apparently took place in an area where the two join together. Both tunnels are covered with approximately eight feet of soil.

There was speculation that the cave-in may have been caused by vibrations from nearby road works.

Beyond Nuclear, a watchdog group, said the incident was proof that such nuclear dump sites remain a hazard.

“The unfolding crisis at Hanford … (shows) that radioactive waste management is out of control,” Kevin Kamps, a spokesman for the group said in a statement, citing similar incidents across the country in recent years.

The Hanford Site suffered a leak in a massive nuclear waste storage tank in 2016 that was described as “catastrophic” by a former employee.

The US Department of Energy downplayed the incident at the time saying the leak had been “anticipated” amid ongoing efforts to empty the tank.

The Hanford Site was part of the Manhattan Project, which led to the production of the first atomic bombs, including the ones dropped on Hiroshima and Nagasaki in World War II.