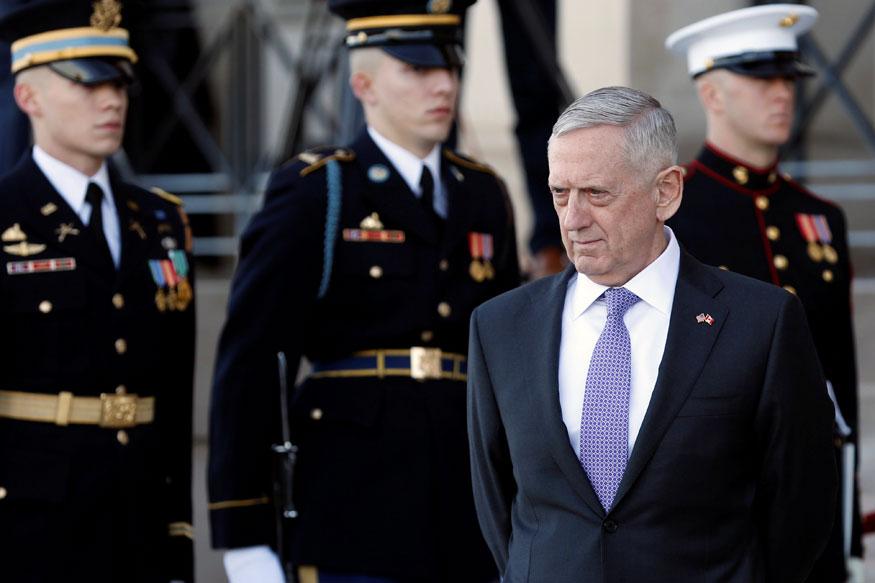 “Our intent is to work with the Turks, alongside one another to take Raqa down,” Mattis said, speaking at a news conference following an anti-IS summit in Copenhagen.

But the United States does not envision Turkey actually participating in the ground offensive for Raqa, which IS has held for more than two years.

Turkey says YPG fighters are linked to Kurdistan Workers  Party (PKK) separatists inside Turkey, who have waged an insurgency since 1984 that has killed over 40,000 people.

But Washington has backed the YPG with training and air support and the Kurds make up much of the Syrian Democratic Forces.

The SDF have largely surrounded Raqa and are expected to begin an offensive shortly, though it is not clear what role the YPG will play.

“The tactical activities on the ground — I don t want to go into details right now,” Mattis said.

Mattis met with Basat Ozturk, deputy undersecretary at the Turkish defence ministry, during the anti-IS conference.

The US-led coalition fighting IS in Iraq and Syria discussed the campaign s next steps as the jihadists  “caliphate” around Raqa is collapsing.

Though officials warn that military action will continue for some time, they are generally upbeat about the progress and quickening momentum of the fight.

“We examined the enemy situation and discussed the next steps to make sure we are all on the same sheet of music. We are going to further accelerate this fight,” Mattis said after the summit.

After months of brutal, street-by-street combat, IS has now lost control of most of its stronghold of Mosul in Iraq, while the jihadists have become largely isolated in Raqa.

Several coalition countries are keeping a nervous eye on the region as IS-held territory diminishes.

Thousands of foreign fighters remain in Iraq and Syria, and coalition nations — particularly in Europe — are bracing for a possible wave of battle-hardened jihadists returning home.

According to a senior US administration official, Interpol has identified 14,000 foreign fighters it knows have travelled to Syria and are still alive.

The largest numbers come from Tunisia, followed by Saudi Arabia. Thousands more have travelled from Europe, including 100 or so from Denmark, said the official, who asked not to be named.

The campaign against IS began in autumn 2014 and has seen the Iraqi security forces — backed with coalition training and air power — reverse humiliating losses and recapture several key cities including Ramadi and Fallujah.

Iraq s second city Mosul is now mainly back under Iraqi control, though IS continues to hold the Old City on the west side, where its fighters are preparing for a bloody last stand.

In Syria, coalition-backed Kurdish and Arab forces have been gradually recapturing towns and villages, with the focus now on isolating Raqa ahead of a major offensive to seize back the city after more than two years of jihadi rule.

Though much of the groundwork had already been laid and the coalition had conducted thousands of strikes, US military leaders credit Trump with delegating them greater authority, enabling a quickening pace of operations.

Critics say the additional strikes have accelerated the rate of civilian deaths.