Germany could have a mix government: German poll 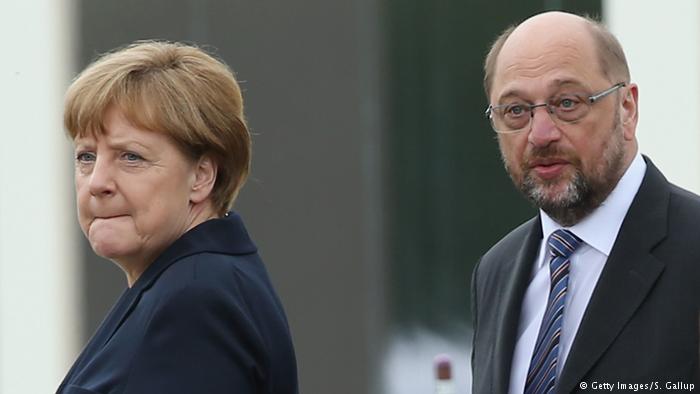 Germany could have a mix government: German poll

Germany could have a mix government: German poll: Chancellor Angela Merkel’s conservatives could form a three-way coalition with the liberal Free Democrats (FDP) and the pro-environment Greens after a September parliamentary election, a poll released by the Forsa Institute on Wednesday showed. Such a “Jamaica coalition” – a reference to the black, yellow and green colours of the Jamaican national flag – is already under discussion in the northern state of Schleswig-Holstein after Merkel’s Christian Democrats (CDU) scored a decisive victory there on Sunday.

on the national level after the September election. The Forsa poll, conducted for Stern magazine and broadcaster RTL before Sunday’s regional election, showed support for the CDU unchanged at 36 per cent, while the Social Democrats (SPD), currently the junior partner in Merkel’s “grand coalition”, gained one percentage point to 29 per cent.

Both the conservatives and Social Democrats have said they hope to end the current two-way coalition and lead the government with smaller partners after September. The FDP and the Greens both stood at 7 per cent each in the Forsa poll of 2,004 potential voters, giving the three parties a combined 50 per cent, just enough to govern. The FDP served as junior coalition partner to the CDU and its Bavarian sister party, the CSU, for almost half of federal Germany’s post-war history.

It dropped below the 5 per cent threshold for legislative representation in the 2013 national election but is expected to exceed that level in September. The anti-immigrant Alternative for Germany (AfD) dropped one percentage point to 7 per cent in the poll, which was conducted on May 2-5 and has a margin of error of plus or minus 2.5 percentage points. Merkel expanded her lead over the SPD’s top candidate Martin Schulz, the former president of the European Parliament, gaining one percentage point to 48 per cent, while Schulz dropped one point to 27 per cent, the poll showed.

It also showed support for Schulz among his own party members dropped seven percentage points to 67 per cent from the previous poll a week earlier, while Merkel’s support among CDU supporters remained steady at 90 per cent.