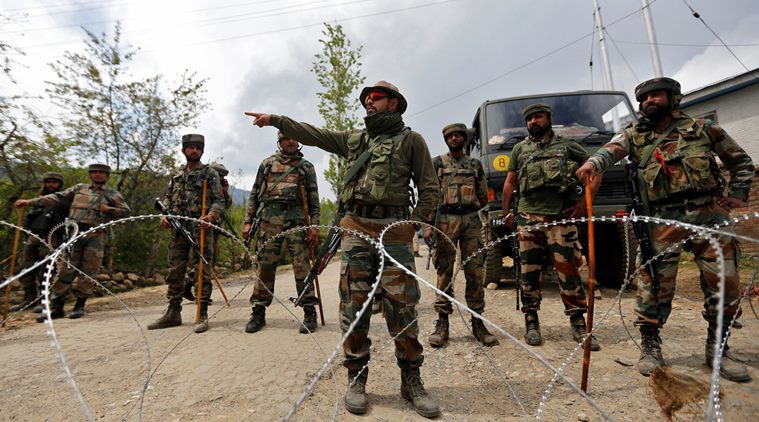 Indian Troops Firing Along LoC: At least four people including three children and women were martyred and 10 others injured when Indian forces resorted to unprovoked shelling from across the working boundary in Charwah Sector in Sialkot.

The ISPR said Indian posts caught fire after being targeted by the Pakistani paramilitary troops.

The Indian troops once again started unprovoked ceasefire violation along the Working Boundary targeting civil population with mortars and heavy weapons in Harpal and Charwah sectors.

An ISPR press release said. Intermittent firing continued till the filing of this report.

This latest round of cross LoC firing took place in violation of the agreement reached on Sunday between the Pakistan Rangers and the Indian BSF officials to maintain peace and tranquility on the border. Top officials of Rangers and Indian Border Security Force had a telephonic conversation to end the latest border flare-up.

The Pakistani foreign ministry summoned India’s top diplomat in Islamabad to protest what it condemned as “unprovoked cease-fire violations” by Indian forces that resulted in the deaths of four civilians and injuries to 10 others.

Indian military officials accused Pakistan of firing first and confirmed the killings of six civilians and a soldier in what they said was “unprovoked and indiscriminate” shelling by Pakistani forces.

Pakistani troops, it said, retaliated and targeted ‘those Indian posts that initiated the fire.”

Officials on both sides reported that intermittent skirmishes were ongoing in the area and several other sectors on LoC.

Islamabad rejects the charges and demands that New Delhi holds talks on deciding the fate of Kashmir and defusing persistent tensions between the two countries.

In recent years, almost weekly military skirmishes along the so-called Line of Control (LoC) in the Himalayan region have nearly torn down a 2003 mutual cease-fire truce between the two nuclear-armed neighbors, raising fears of a wider conflict.