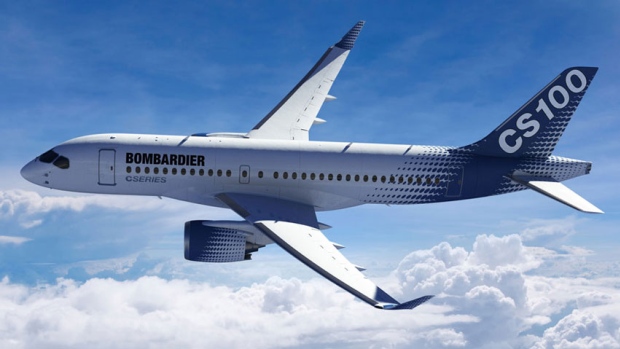 The Northern Ireland Secretary has said that the action taken by Boeing in a trade dispute with Bombardier is “unjustified and unwarranted”.

James Brokenshire was speaking at the Conservative Party Conference in Manchester.

Jobs in Belfast could be at risk after the US opted to impose a 220% import tariff on Bombardier’s C-Series jet.

Mr Brokenshire said he was “deeply disappointed” by the determination.

He added: “I say to Boeing this case is unjustified and unwarranted. This action is not what is expected of a long-term partner to the UK.”

He urged Boeing to “get round the table and secure a negotiated outcome to this dispute quickly”.

Bombardier employs about 4,000 people in Northern Ireland. About 1,000 are linked to the C-Series, the wings of which are made at a purpose-built factory in Belfast.

Northern Ireland’s main parties have been unable to make a deal since power-sharing collapsed in January.

Earlier on Sunday, speaking to media on Sunday Politics Show, Mr Brokenshire said he would legislate for a Northern Ireland budget if an executive is not formed in October.

At the party conference, he said that his message to parties is “now is the time to reach agreement”.

“Now is the time to look beyond the issues that divide you. Show the resolve you have demonstrated in the past.”

He warned that if a deal was not agreed he would bring legislation to Westminster.

“If the parties remain unable to find a way through we risk heading down a different path, where the UK government will need to provide the necessary political stability and governance… starting with the setting of a budget for Northern Ireland later this month.