Kremlin says may retaliate against U.S. over expulsion of Russian diplomats 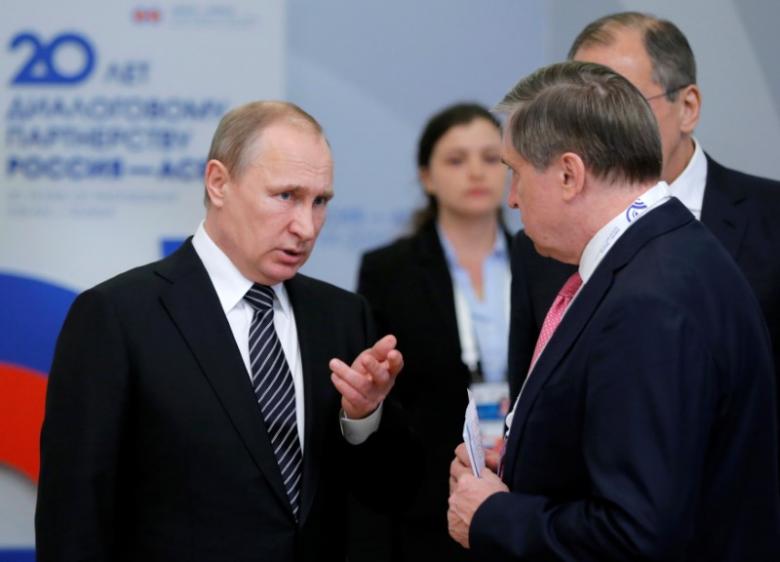 Kremlin says may retaliate against U.S. over expulsion of Russian diplomats

Moscow is also waiting for the return of two diplomatic compounds seized in the United States during the same espionage scandal, Yuri Ushakov, a Kremlin foreign policy aide, said.

“We are waiting for the return of Russian diplomatic property illegally impounded before the New Year by the previous U.S. authorities,” Ushakov told a news briefing.

“We decided not to respond immediately to this escapade, but no one has yet abolished the principle of reciprocity in diplomacy … Our patience is not without limits,” he said, saying Russian retaliation could not be ruled out.

Russian Foreign Minister Sergei Lavrov had raised the issue of the compounds during a Washington visit this week, he said.

Barack Obama ordered the expulsion of the 35 Russians in late December and imposed sanctions on two Russian intelligence agencies over what he said was their involvement in hacking political groups in the Nov. 8 U.S. presidential election.

Russian President Vladimir Putin said at the time he would not retaliate immediately and would wait until at least U.S. President-elect Donald Trump took office on Jan. 20 before deciding what action to take.

Ushakov said a meeting between Putin and Trump was likely to happen under the auspices of the G20 summit in Hamburg in Germany in July and that it was important that their meeting brought tangible results.