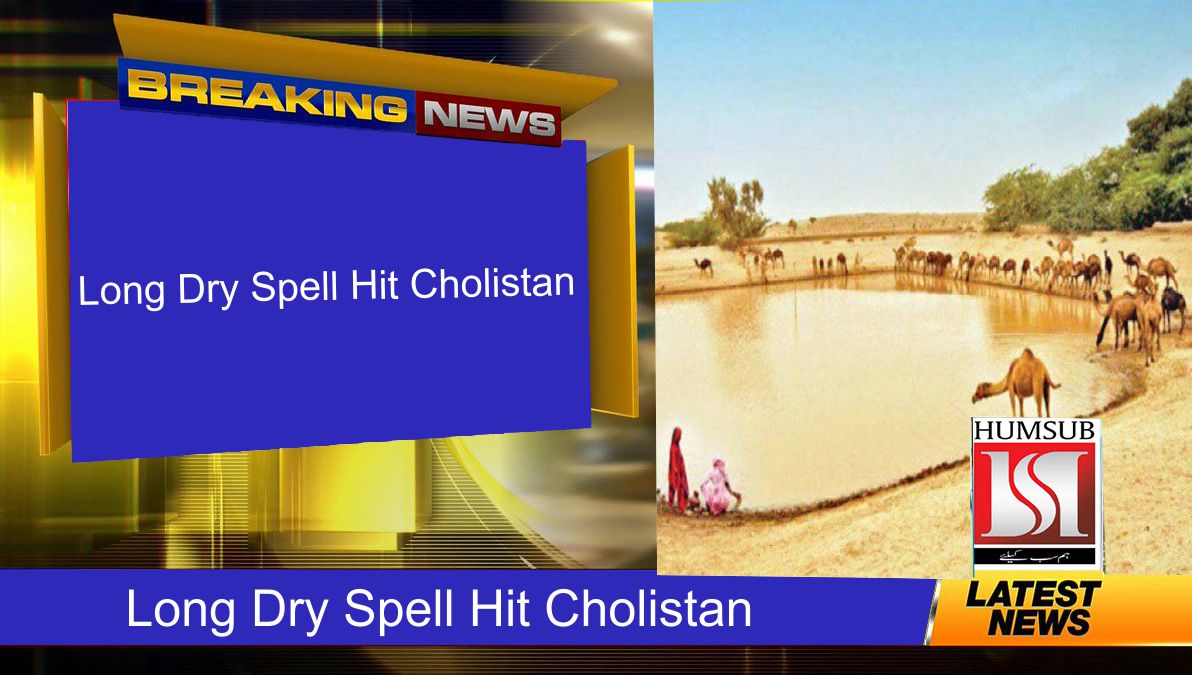 Long Dry Spell Hit Cholistan: Many residents of Cholistan may be forced soon to migrate because of a lack of water as most ponds (tobas) have dried up. There are 1,700 tobas in Cholistan and of them 90% are no longer operational. Besides, the lives of 175,000 people and more than two million cattle are being affected by the water shortage.

A recent survey by media sources scribe transpired that Cholistan, which is spread on 6.6 million acre land, has been facing drought-like situation since the area has received no rains in the last few months. As a result, natural reserves of water have dried up creating an alarming situation for the residents of the region.

Residents fear the lack of rainfall over the past several months could turn the situation deadly for the people of Cholistan. They lament even though water was being provided by the Cholistan Development Authority (CDA) through water pipelines and tankers, the fears of drought still looms over the desert.

They also demanded of the authorities to provide fodder to the farmers for their cattle on emergency basis.

A local resident Muhammad Aslam said that drought-like crisis has worsened the situation but the elected representatives and Punjab government have turned deaf ears over the issue. He added, “Punjab chief minister should take notice of the situation and provide relief to the people of Cholistan.”

Another resident Hidayatullah said, “I own cattle and for the last few days, I could not get water and fodder for the animals.”

He lamented, “There is only enough water to fulfill my family’s need and if the situation persists for a few days, my cattle will die.” He maintained, “To avoid such a situation, I have decided to migrate to another area with my cattle.”

Similarly, Ehsan Majeed said that Cholistan is one of the largest livestock producing areas and such negligence by the authorities would be disastrous. “Most people in the region are linked to the profession of livestock farming and in such conditions, it would become very difficult for them to earn their livelihood,” he pointed out.

Another Cholistan resident Irfanullah said that the government initiated water supply schemes by supplying water through pipelines and water bowsers to the affected areas but for the last couple of years, water supply pipelines have also dried up and turbines from pumping stations have also vanished.

He added, “People of Cholistan have been relying solely on rainfalls for water but as tobas have not been cleaned their capacity to store water also decreased.”

He mentioned, “Since no rainfall has been received in Cholistan for the last few months, water stored in them have dried up creating an alarming situation for those residing here.”