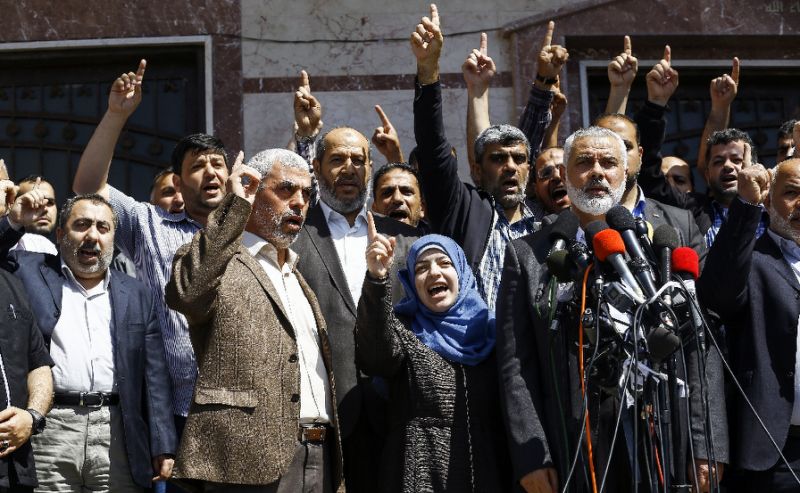 Murderer of Hamas commander arrested in Gaza Strip: Hamas has arrested the suspected murderer of one of its key military commanders in Gaza, the Palestinian movement’s leader said on Thursday, while maintaining Israel was behind the March assassination.

The killing of Mazen Faqha in the heart of Hamas-controlled Gaza shocked the movement and raised fears of a fresh conflict with Israel.

“We announce that the killer and criminal that carried out the orders of the officers of the Zionist security services is in the hands of the [Hamas] security services,” Ismail Haniya told journalists in Gaza City, referring to Israel.

“He has confessed to the crime.”No details were provided on the suspect’s identity, though Hamas has previously suggested Palestinian collaborators had worked with Israel on the assassination.

“Punishment will be carried out against the murderer,” Haniya added.

Faqha was shot dead on March 24 near his house in Gaza City.

He had been in-charge of forming cells for the movement’s military wing in the occupied West Bank.

Hamas, which has controlled the Gaza Strip since 2007, immediately blamed its arch-enemy Israel, with which it has fought three wars since 2008.

Israel never confirmed or denied involvement in the killing.

Haniya’s press conference was held outside Faqha’s house in Gaza City and attended by his widow and Yahya Sinwar, Hamas’s Gaza chief.

A Hamas source said on condition of anonymity that the suspect had “participated in the morning in a reconstruction of the crime”, after numerous security forces were seen in front of Faqha’s home earlier in the day.

Immediately afterward, Hamas authorities closed the only passenger crossing into Israel, while exit by sea was also banned, effectively sealing off the enclave.

Rights groups slammed the closure as collective punishment for Gaza’s 2 million residents, with those in need of medical  treatment among those prevented from leaving.

The restrictions were later lifted. On April 5, Hamas offered Israeli “collaborators” a week to turn themselves in in exchange for clemency.

A day later, it hanged three people they accused of being collaborators in cases not related to Faqha’s death.