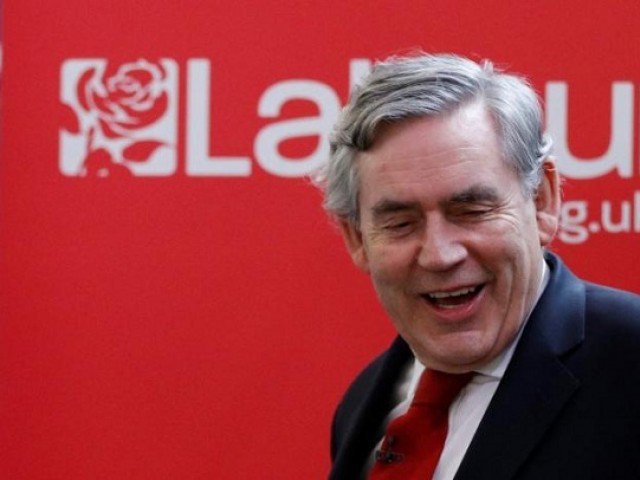 Brown, a key figure in the Labour movement that won three elections between 1997 and 2005 under Tony Blair, made his first political intervention ahead of a June 8 vote which is predicted to see Theresa May’s centre-right Conservatives ease to victory.

“Politics goes in cycles … You can be the darlings of the media, as Labour was for some time, and yet the very same media is now telling you you’re the enemies of the people,” he told a local rally in Coventry in central England.

“The test however is what you do in the difficult times,” he added. “It’s that you don’t lose the courage to fight for what you believe in, you don’t stand back and say ‘no, this is not for me it’s too difficult’, you continue to fight and support and champion what really matters to the future of this country.”

The speech coincided with the leak of a draft manifesto showing Corbyn, a lifelong socialist, will fight the election on a markedly left-wing platform, planning to renationalise industries and boost public spending.

That jars with the centrist pro-business Labour movement championed by Blair and then Brown, and underlines the ideological schism in a party which is divided about its future path and struggling to retain support among its core voters.

“He didn’t mention Jeremy Corbyn!” said Wayne McCallum, a local party supporter who described himself as a “real socialist”.

“I wished he’d have put a bit more content in regarding Jeremy, and that disappointed me a lot.”

In a speech that focused on the need for Labour to hold the government to account rather than the prospect of a Labour government itself, Brown said May could not be trusted to deliver a Brexit deal that worked for industry, citing local employers like car manufacturing firm Jaguar Land Rover.