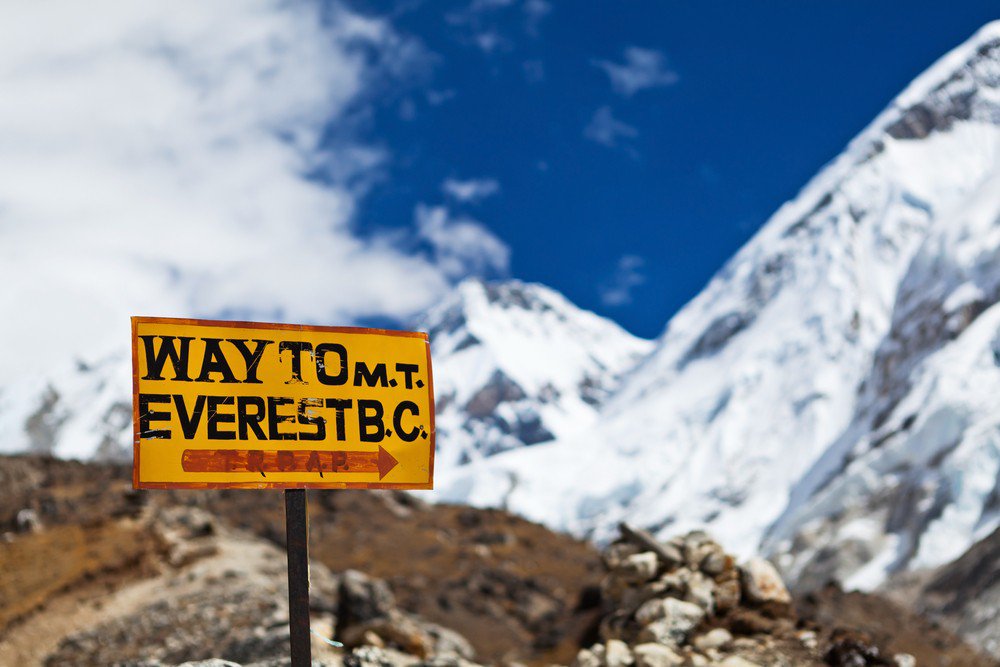 Nepal fines solo Everest climber without permit $22,000: A South African attempting to climb Mount Everest alone and without a permit has been ordered off the mountain, had his passport confiscated and will be fined $22,000, an official said Monday.

Foreigners have to pay the Nepal government $11,000 for permission to climb the 8,848 metre (29,030 foot) peak — a major earner for the impoverished country.

“I saw him alone near base camp so I approached him and he ran away,” said Gyanendra Shresth, the government liason officer at base camp.

“I followed him with my friend and found him hiding in a cave nearby,” he told AFP.

“He had set up camp in an isolated place to avoid government officials.”

It is highly unusual for a foreign climber to attempt to scale Everest alone — most do so with the help of at least one Sherpa guide and a large support team at base camp.

Davy could be banned from Nepal for five years or face a 10-year ban on climbing in the country.

Shresth said he had also seized Davy’s passport and told him to return to Kathmandu to retrieve it.

Davy could not be reached for comment, but photos on a Facebook page under his name appear to show a climber traversing the Khumbu Icefall, which lies between base camp and camp one.

In an accompanying post, Davy — who identifies himself as a director and producer — said that he had reached a height of 7,010 metres in six hours.

“When I heard that most of the expeditions on Everest had retreated to base camp because of incoming weather, I made my move,” read the post.

AFP could not independently verify the authenticity of the Facebook page.

Davy told officials that he didn’t have enough money to buy a flight from the Everest region to Kathmandu to collect his passport. He said he would instead walk and then catch a bus — a journey that would take at least four days.

Last year, an Indian couple was banned from Nepal after they faked photographs purporting to show them at the top of Everest.

The pair — both police constables — superimposed themselves and their banners onto photos taken by another Indian climber of his Everest summit.