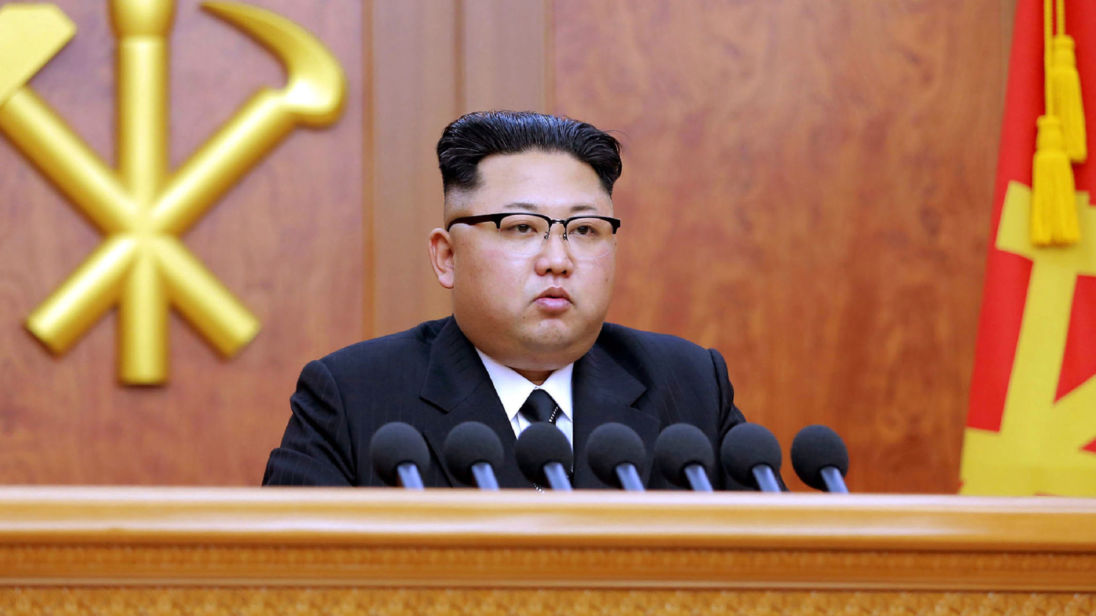 North Korea accuses CIA of ‘bio-chemical’ plot against leadership: North Korea on Friday accused the U.S. Central Intelligence Agency and South Korea’s intelligence service of a plot to attack its “supreme leadership” with a bio-chemical weapon and said such a “pipe-dream” could never succeed.

Tension on the Korean peninsula has been high for weeks, driven by concern that North Korea might conduct its sixth nuclear test or test-launch another ballistic missile in defiance of U.N. Security Council resolutions.

Reclusive North Korea warned this week that U.S. hostility had brought the region to the brink of nuclear war.

The North’s Ministry of State Security released a statement saying “the last-ditch effort” of U.S. “imperialists” and the South had gone “beyond the limits”.

“The Central Intelligence Agency of the U.S. and the Intelligence Service (IS) of south Korea, hotbed of evils in the world, hatched a vicious plot to hurt the supreme leadership of the DPRK and those acts have been put into the extremely serious phase of implementation after crossing the threshold of the DPRK,” the North’s KCNA news agency quoted the statement as saying, referring to the North by its official name, the Democratic People’s Republic of Korea.

“A hideous terrorists’ group, which the CIA and the IS infiltrated into the DPRK on the basis of covert and meticulous preparations to commit state-sponsored terrorism against the supreme leadership of the DPRK by use of bio-chemical substance, has been recently detected.”

The U.S. Embassy in Seoul and South Korea’s National Intelligence Service were not immediately available for comment. The U.S. military has said CIA director Mike Pompeo visited South Korea this week and met the NIS chief for discussions.

KCNA said the two intelligence services “ideologically corrupted” and bribed a North Korean surnamed Kim and turned him into “a terrorist full of repugnance and revenge against the supreme leadership of the DPRK”.

“They hatched a plot of letting human scum Kim commit bomb terrorism targeting the supreme leadership during events at the Kumsusan Palace of the Sun and at military parade and public procession after his return home,” KCNA said.

“They told him that assassination by use of biochemical substances including radioactive substance and nano poisonous substance is the best method that does not require access to the target, their lethal results will appear after six or twelve months…

“Then they handed him over $20,000 on two occasions and a satellite transmitter-receiver and let him get versed in it.”

North Korea conducted an annual military parade, featuring a display of missiles and overseen by top leader Kim Jong Un and his right-hand men on April 15 and then a large, live-fire artillery drill 10 days later.

KCNA, which often carries shrill, bellicose threats against the United States, gave lengthy details about the alleged plot but said it could never be accomplished.

“Criminals going hell-bent to realize such a pipe dream cannot survive on this land even a moment,” it said.

U.S. Secretary of State Rex Tillerson said on Wednesday that Washington was working on more sanctions against North Korea if it takes steps that merit a new response. He also warned other countries their firms could face so-called secondary sanctions for doing illicit business with Pyongyang.

Tillerson said the Trump administration had been “leaning hard into China … to test their willingness to use their influence, their engagement with the regime”.

They allegedly smeared the man’s face with the toxic VX nerve agent, a chemical described by the United Nations as a weapon of mass destruction, at Kuala Lumpur airport on Feb. 13.