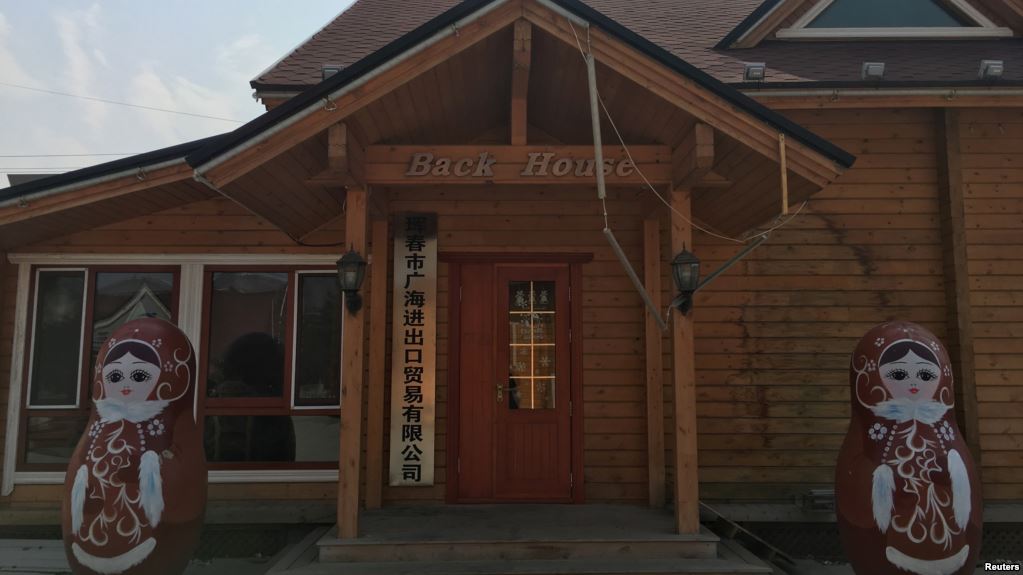 For one Chinese city, new ‘Silk Road’ leaves old problems unsolved: In August, 2014, planners in the northeastern Chinese city of Hunchun argued in state media that it should be included in the “One Belt, One Road” project, Beijing’s vision laid out the previous year of a new Silk Road across Asia to Europe.

In 2015, the official Xinhua news agency ran stories about how Hunchun was accelerating its “OBOR” plans, and early in 2016, China’s cabinet released a list of Chinese cities included in “OBOR”: Hunchun was on the map.

The fact that the list came about slowly, and that some cities felt moved to lobby to be included, underlines how the pet project of Chinese President Xi Jinping is as amorphous as it is ambitious.

The challenge of defining exactly what OBOR means will come to the fore later this month, when heads of state and senior officials from around the world gather in Beijing for the first major summit dedicated to the project.

“Frankly, I don’t really know what the belt and the road are. The reason being that I think Beijing doesn’t know either,” said Tom Miller of Gavekal Dragonomics, who recently wrote a book on the New Silk Road.

In theory, incentives for cities, companies and countries to be involved are strong: hundreds of billions of dollars are expected to be spent on roads, railways, pipelines, ports and industrial zones stretching from Sri Lanka to Djibouti.

But as Hunchun shows, the reality of OBOR can be complicated and requires buy-in from other countries.

The city’s position at the apex of Russia, North Korea and China is a blessing and a curse. While Russia is gradually opening up to more trade, North Korea has stalled.

Tantalisingly close to the sea but without a sea port after Russia’s annexation in 1860, local businesses said they wanted to ship more goods via Rason, a nearby North Korean port earmarked as an export hub to China, Japan, South Korea and beyond.

That would open a shipping route to southern China, but with sanctions in place against Pyongyang, global tensions rising over its arms program and Rason developing slowly, expectations of progress are low.

“We currently transport goods by rail to southern China. We’d like to ship from Rason, but at present that’s not happening,” said Wang Hai, general manager of Guanghai Import and Export Trading Company in Hunchun, a small firm with 12 staff, both Chinese and Russian.

“Hunchun is a hub for northeast Asia, so in theory it should play a big role in ‘One Belt, One Road’, but for now it hasn’t been able to get its act together.”

North Korea remains largely shut to the outside world, and China, while remaining its main economic and diplomatic backer, has signed up for tough U.N. sanctions against it.

But China said on Tuesday that North Korea would be sending a delegation to the upcoming OBOR summit.

Xingyang Seafood, for example, imports 90 percent of its seafood from Russia and 10 percent from North Korea, said chairman Zhao Yang.

“The main advantage of being in Hunchun is that we are close to Russia,” Yang told Reuters. The company is headquartered in northern China’s Shandong province, but in 2015 it opened a branch in Hunchun to exploit its proximity to Russia.

“How does North Korea help us? It doesn’t help us at all, they have hardly any seafood left there.”

Hunchun’s spokesman Hao Qiang declined to comment about the city’s relationship with North Korea, because of the “current political situation”, and would not say how many North Koreans were working in the city.

“But we can talk about Hunchun’s trade with Russia, the city’s clean air and successful tree-planting initiatives.”

In addition to oil and gas export opportunities between Russia and China, Putin has spoken of roads and bridges being built to strengthen links.

Russia has struggled, however, to lure enough people to sparsely populated regions bordering China’s northeast, and there are concerns among Russians of creeping colonization if too much land is leased to the Chinese.

“They (Chinese) will live there, their relatives will come, they will deepen their roots there, they will take Russian women as wives,” firebrand opposition politician Vladimir Zhirinovsky said in 2015, when proposals to lease Russian land to Chinese farmers were put forward.

“We will only have problems. I see no advantages.”

For Hunchun, OBOR is the latest in a series of development programmes aimed at revitalising Jilin province and China’s northeast.

The benefits of large-scale state investment are clear. From 25th place among smaller cities in Jilin in terms of economic growth, Hunchun now stands third. Foreign trade has doubled since 2011, according to city statistics.

Whether OBOR can add value over the longer term is uncertain, Peter Cai wrote in a report for the Lowy Institute, an Australian think-tank.

“If the Chinese government fails to connect its domestic projects with overseas components, OBOR will be little different from other domestic infrastructure programmes, greatly diminishing its economic and strategic value.”