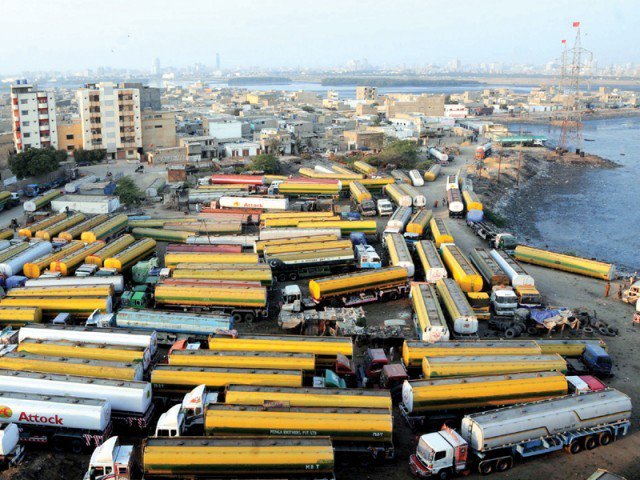 All Pakistan Oil Tankers Association (APOTA) announced to go on a countrywide strike starting Monday in protest of the safety rules of Oil and Gas Regulatory Authority.

The decision has been taken to also protest the fines being levied by the Motorway police, APOTA Chairperson Yousaf Shahwani said.

“OGRA and the Motorway police are being unfair,” he said, adding the owners of oil tankers pay advance tax for three months to the government, but it was not giving them any relief. “They’re instead exploiting us.”

Besides, the Motorway police was bent on levying penalties, while the patrolling police was harassing the oil tanker owners in Punjab, Shahwani said. And in Sindh, he added, the excise police was extorting them.

There has been no meeting among the heads of OGRA, oil marketing companies and oil tankers owners association ever since the petroleum ministry handed over the matters of oil tankers to OGRA, Shahwani maintained. “Whatever decisions are implemented are made behind closed doors.”

The association members have decided to not supply oil to fuel stations in protest for an indefinite period, until their demands are met.

On the other hand, OGRA will start checking the tankers under use by oil marketing companies. According to sources, it is feared many oil tankers do not fulfil the quality criteria.

OGRA decided to implement the safety rules after the horrific incident in Ahmedpur East, which claimed lives of over 200 people.

On June 25, an oil tanker overturned in Bahawalpur’s Ahmedpur East. The oil that leaked from the toppled vehicle attracted people from the surrounding areas who rushed to collect oil. It was then that the spilled oil exploded in an inferno, killing several dozens on the spot.