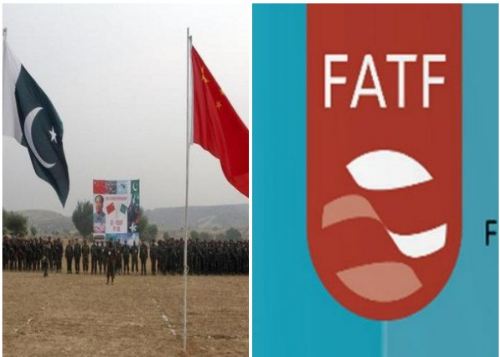 Pakistan and FATF Decision: Pakistan has lost the battle to strive for combating terrorism within the country when Financial Assistance Task Force decided to bring back the name on grey list. It is expected to go darker after June 2018 depending on the strength of Action Plan provided by Pakistan in May 2018.  The decision was revealed in the recent plenary meeting held in Paris last week. It was deplorable because the authorities have made some diplomatic efforts to take some member countries in confidence which included Turkey, Saudi Arabia and China. But all went in vein when Saudi Arabia and China agreed to other countries to demand a new Action Plan from Pakistan. While Turkey remained firm on its decision by the end.

Pakistan has always been an ally to the powers when it came to fight against the terrorist bodies since the war on terror began in 2001.  Pakistan has sacrificed millions of lives and other resources which also made an addition to the neighborhood rivalries. It is to be noted that the decision was made under the pressure of US officials who persuaded other member countries to join hands on the decision to declare Pakistan as an unreliable state. It has also been assumed that the decision might be a part of Trump’s strategic administration to put pressure on Government of Pakistan to spend more energy in the war on Terrorism.

Initially, 2012, FATF had put Pakistan on a grey list for three years and it came back in 2015 after the declaration that it has done its best to cope up with the terrorist activities. As per the remarks of Government Officials the decision was unjust because most of the deficits of financial abuse and money laundering were already been sorted out in 2015.

“We were failed to defend ourselves; it’s a huge defeat” Asad Umer expressed about the decision in an interview, the Panama leaks case have provoked the international politics to create more hurdles for the country, he added. Keeping the sensitivity of the issue, the Government of Pakistan has to be vigilant and curious about establishing a new Action plan which may save it to go back on black. it will surely drag back the position of Pakistan in order to serve for world’ peace maintenance for years.

It is also predictable that the decision may affect the Pakistan’s economy which was increasing by 6% and may result in a great financial lack. It was expected to boost up due to the CPEC in the form of foreign investments. However, the bad repute of country’s financial abuse may result in economic halt.