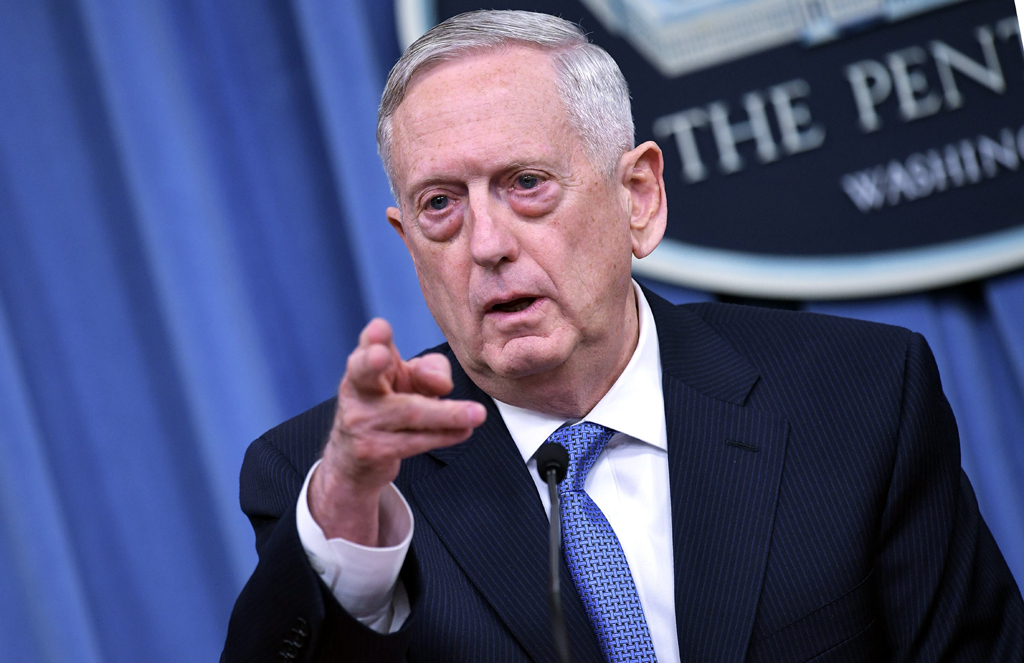 That decision, announced Tuesday, has led to public statements of anger from Turkey, which says the US-backed Kurdish YPG fighters battling the Islamic State group in Syria are linked to its own domestic Kurdish separatist group the PKK, or Kurdish Workers Party.

“I have no doubt that Turkey and the United States will work this out with due considerations, significant attention paid to Turkey’s security to NATO’s security and the continuing campaign against ISIS,” Mattis said, using an alternate acronym for IS.

Mattis’ remarks to reporters traveling with him followed an approximately 30-minute meeting in London with Turkish Prime Minister Binali Yildirim, the highest-profile face-to-face conversation between US and Turkish officials since the announcement.

“We agree 100 percent with Turkey’s concern about PKK, a named terrorist group. It is conducting an active insurgency in Turkey, it has orchestrated the killing of innocent Turkish civilians and Turkish soldiers, and we support Turkey in its fight against PKK as a fellow NATO member, just like all the NATO countries stand with Turkey against the PKK,” Mattis said.

“We do not ever give weapons to the PKK, we never have and never will.”

YPG fighters backed by US-led coalition air strikes and training have carried out much of the ground war against IS in Syria, and have recaptured a series of towns and villages in the country’s north.

The focus is now on Raqa, the de-facto Syrian capital of IS’s self-proclaimed “caliphate.”

The city is largely surrounded and it is only a matter of time before YPG and other forces in a Kurdish-Syrian Arab alliance launch an offensive against the city.

A first consignment of US weapons is already in place for delivery and could be dispatched to the Kurds “very quickly,” US Colonel John Dorrian said Wednesday.

Mattis and Yildirim met ahead of the start of a Somalia conference in London.