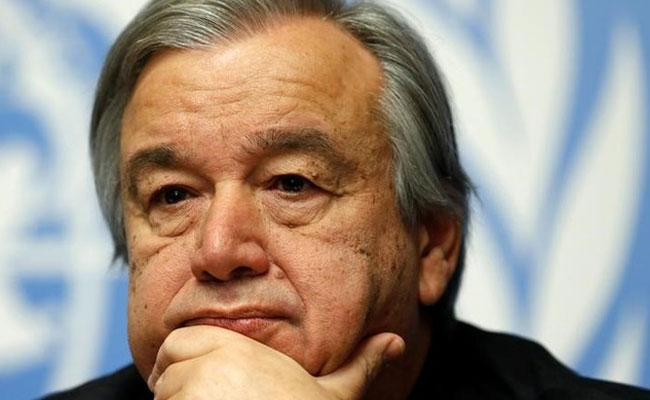 Syria war ‘unwinnable’: UN chief Guterres: The Syrian conflict is “unwinnable”, Antonio Guterres said on Wednesday in his first speech in Britain since taking over as UN Secretary General.

“It is high time to understand that this is a war where nobody is winning and this is a war which is becoming a danger to all of us” by boosting regional instability and international terrorism, he said.

“There will only be peace in Syria or in any of the other conflicts that we are witnessing when the parties to the conflict understand that they cannot win,” he said, listing also the conflicts in Libya, South Sudan and Yemen.

Asked about the inability of the United Nations to find political solutions to wars, Guterres admitted there was a “paralysis” in international diplomacy.

“Today the Security Council is only able to fully address a crisis when the countries of the region are united,” he said, criticising the use of vetoes to block resolutions aimed at ending crises.

Asked about the rise of nationalism in the world, he said that there was “a lot of anger of many people because they see wealth, they see people living extremely well and they feel left behind”.

“The levels of inequality in the world have increased. There is only one way to avoid it: it’s to address those problems” by creating jobs and social programmes to help the most vulnerable, he said.