Ralph Lauren 50th Anniversary Show: If there was any lingering doubt that the Ralph Lauren label has become inextricably woven into the fabric of American popular culture, Friday night’s star-studded, over-the-top 50th-anniversary black-tie extravaganza during New York Fashion Week put it to rest.

Unspooling at Central Park’s Bethesda Terrace — thanks to a healthy donation to the Central Park Conservancy — it saw a mind-boggling cross-section of American fame, including Hillary Clinton, Oprah Winfrey, Steven Spielberg , Robert De Niro, Kanye West and Tony Bennett (and that’s barely the tip of the celebrity iceberg), show up to fete Lauren, who launched his label with a line of neckties in 1967 and expanded into apparel with a menswear collection the following year.

The evening began with cocktails (which included a special cocktail, the Ralph Royale, finished off with a tiny polo mallet), progressed into a 50th-anniversary fashion show that showcased 100-plus looks combining the women’s collection, the men’s Double RL label and the men’s, women’s and children’s Polo Ralph Lauren label.

Although the sheer number of looks and the combination of sub-brands made it hard to find a single throughline for the show, the majority of the clothes that came down the catwalk fell into one of two inspirational camps: East Coast collegiate (think tweeds, varsity jackets, newsboy caps and retro-looking athletic jerseys sporting the number 67) or Southwestern (blanket coats, patchwork skirts, silver concho belts and velvet prairie dresses) aesthetics explored frequently by the designer over the last half-century – with dashes of celebratory sparkle sprinkled throughout.

Memorable pieces on the women’s side included an ankle-grazing velvet patchwork dress and a voluminous blanket coat with a Southwestern geometric pattern. Among the men’s offerings, standouts included a capelike shearling coat worn over a three-piece twill suit and a black shawl-collar tuxedo worn over a gray waistcoat and accessorized with a newsboy-style cap. Like the last several collections presented during New York Fashion Week, the 50th-anniversary assortment is an in-season one, meaning pieces that came down the runway are now available at select Ralph Lauren flagship boutiques globally (including the Beverly Hills store) as well as at high-end department stores such as Saks Fifth Avenue and Neiman Marcus.

The runway extravaganza ended with Lauren taking his runway bow on the grand staircase of Bethesda Terrace, surrounded by the models, to an enthusiastic, thundering standing ovation. As he waded into the audience, the back of the venue opened up, and the extravaganza seamlessly moved into its final phase — a seated dinner at long tables that curved gracefully around the angel-topped fountain.

It was here that Spielberg could be seen chatting with West, and De Niro made small talk (or perhaps big talk) with Winfrey. Former New York senator, first lady and Secretary of State Clinton (dressed in a custom blue silk faille dress based on a spring 2019 Ralph Lauren resort collection look) shared her appreciation for the man behind the brand, explaining that she first got to know him in the ’90s, when he helped fund the restoration and preservation of the Star Spangled Banner flag, which flew over Ft. McHenry in the War of 1812 and inspired Francis Scott Key to write the national anthem.

“I love his clothes,” Clinton said. “He really was so generous and kind to help with all of my clothes during the presidential campaign — for big events — like the debate suits, the Philadelphia [Democratic Convention] suit, in the white suffragette color. He really stepped up, and that’s a really good example of his friendship to me.”

Before invited guests tucked into a dinner of heirloom tomatoes and filet mignon from Lauren’s Double RL Ranch in Ridgway, Colo., Winfrey stood and asked everyone in attendance to raise a glass to the man of the hour — and the man behind a “half century of extraordinary fashion.”

He took “the idea of big ties and created a gigantic company that has tentacles all over the world and is not just about fashion but represents what is great about America,” she said. As part of her toast, Winfrey shared an anecdote that spoke to the aspirational appeal of the world Lauren has built over the last five decades.

“When I first moved to Chicago and was making enough money to pay my rent and a car note and gas and electric and still have something left over, I thought I was a success,” she told the guests. “And my idea of celebrating that success wasn’t going out and getting a fancy car or jewelry. … My idea of acknowledging my success — the fact that I’d made it — was Ralph Lauren towels. Not just Ralph Lauren towels but Ralph Lauren bath sheets. I’d [been] aspiring to that idea for over 10 years.”

In addition to Winfrey and Clinton (and the other famous folks mentioned above), the notable names in attendance included, but were far from limited to, Anne Hathaway, Anderson Cooper, Andy Cohen, Martha Stewart, Jessica Chastain, Priyanka Chopra (with fiance Nick Jonas), Sheryl Crow, Blake Lively (in a Ralph Lauren custom white tie ensemble with a crystal beaded vest), director Paul Feig (an ardent Lauren fan who also happens to be the subject of this Sunday’s Image section cover story), Tom Hiddleston, Tracee Ellis Ross, Pierce Brosnan and Chance the Rapper.

There was also a deep bench of fashion designers on hand for the Friday night festivities (an impressive feat given the traditionally hectic pace of fashion weeks here), including Tory Burch, Thom Browne, Calvin Klein, Alexander Wang, Michael Kors, Diane von Furstenberg, Jason Wu and John Varvatos, the latter of whom spent a formative part of his career at Ralph Lauren.“I learned so much from Ralph Lauren,” Varvatos told The Times. “I learned about always raising the bar, never [being satisfied] for anything but the best. [That] how you brand yourself is so important, and staying true to yourself is the most important thing. Those are the things I think about all the time. They never leave me.” 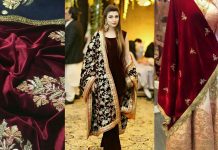 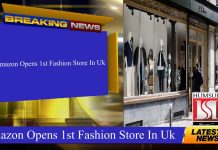 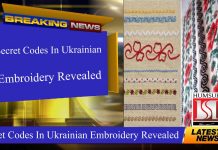 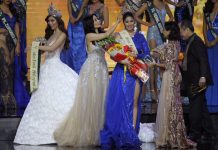 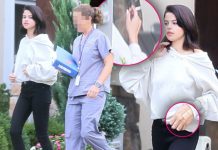 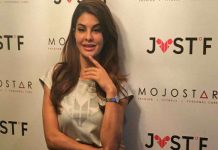