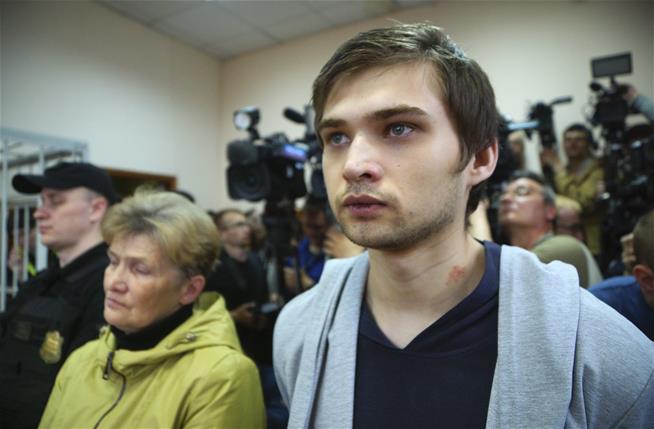 Russian blogger convicted for playing Pokemon Go in church: A Russian court on Thursday convicted a video blogger of inciting hatred against believers by posting videos online showing him chasing Pokemons in a church, giving him a suspended sentence.

Ruslan Sokolovsky, a militant atheist who posted the videos on his YouTube channel, was detained in August 2016 and spent nine months in jail and under house arrest. His case, heard in the Urals city of Yekaterinburg, highlighted the role of the powerful Orthodox Church and sparked comparisons with the scandalous case that saw members of the Pussy Riot punk group sent to prison for a performance critical of President Vladimir Putin in a Moscow cathedral in 2012.

Sokolovsky, who was born in 1994, was accused of ‘blasphemy’ by the Church after he filmed himself in Yekaterinburg’s famous Church on the Blood zapping Pokemons on his smartphone and swearing, as well as saying Pokemons were easier to find there than Jesus.

Judge Yekaterina Shoponyak convicted him on three charges, including inciting hatred and violating believers’ rights. “Aggregating all offences, the court sentences [Sokolovsky] to three years and six months of prison. The punishment is suspended, with a probationary period of three years,” Shoponyak said in a packed courtroom.

The court agreed with the prosecution that a number of videos on Sokolovsky’s channel hurt the feelings of religious people and incited hatred against them by comparing Jesus Christ to a zombie, saying that God does not exist and arguing that Russia is an obscurantist country.

His statements “confuse citizens” and are “disrespectful of society,” Shoponyak said during the three-hour-long verdict. “These actions are extremist actions,” she said of his video postings.

The decision to give Sokolovsky a suspended sentence and free him from house arrest, where he had been currently held, were met with claps and sighs of relief in the courtroom.

“I thought I would die and not see him again,” his mother said after the hearing. “Thank you everybody.”

Sokolovsky during the trial pleaded not guilty and refused to testify. In a passionate final statement, he said he is “an atheist, a cosmopolitan and a libertarian” and did not want to prevent anyone from practising their religion.