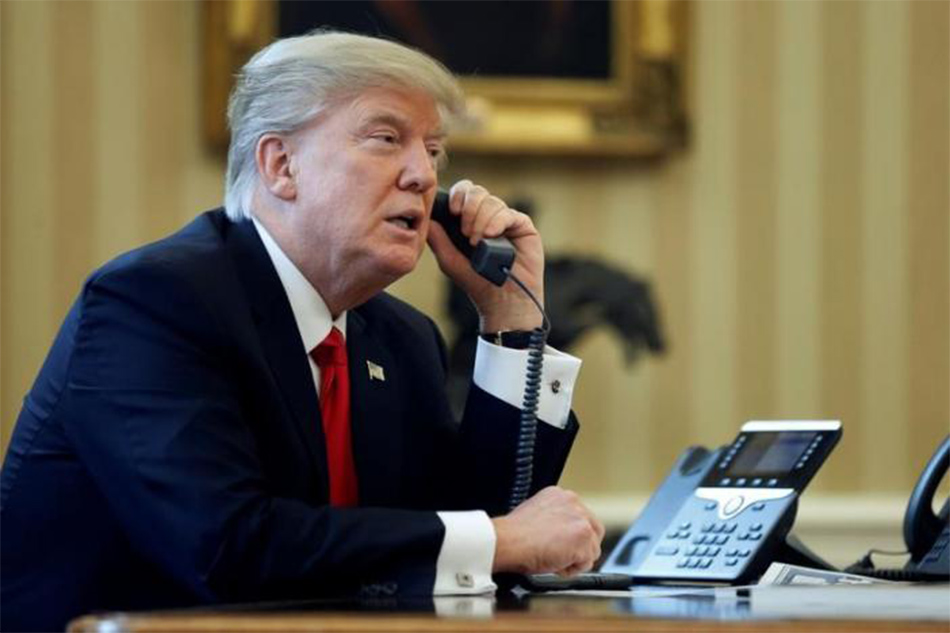 Speaking to reporters after the Trump administration said the president would visit Riyadh as well as Israel later this month, Adel al Jubeir said Trump had a high probability of succeeding in his efforts to secure a peace deal with Israelis and Palestinians because of his “fresh” approach.

Saudi Arabia, the birthplace of Islam, will be Trump’s initial stop on his first international trip as president. The move signifies the new administration’s intent to reinforce a relationship with a top ally in the Middle East, where the United States is leading a coalition against Islamic State and seeking to counter Iranian influence. Saudi Arabia is part of that coalition.

Describing the visit as historic, Jubeir said Trump’s visit to Saudi Arabia would include a bilateral summit, a meeting with Arab Gulf leaders and another with leaders of Arab and Muslim countries.

“It’s a clear and powerful message that the US harbours no ill will” toward the Arab and Muslim world, he said. “It also lays to rest the notion that America is anti-Muslim … It’s a very clear message to the world that the US and the Arab Muslim countries can form a partnership.”

The Republican president has been criticised for immigration policies that have been characterised as anti-Muslim.

“It will lead to, we believe, enhanced cooperation between the US and Arab and Islamic countries in combating terrorism and extremism, and it will change the conversation with regards to America’s relationship with the Arab and Islamic world,” Jubeir said.

Riyadh and Washington had a testier relationship under former Democratic President Barack Obama’s administration, which Saudi Arabia felt placed less importance on the Saudi-US relationship than on securing a nuclear deal with Iran.

Jubeir also said the Trump administration had taken steps to advance the sale of precision-guided munitions, which had been suspended by the previous US administration over concerns about civilian casualties in the conflict in Yemen.

“The administration has released them and they’re in the process now of working on the notification to the US Congress,” Jubeir said.

The sale is expected to include more than $1 billion worth of the munitions made by Raytheon Co, people familiar with the talks have said, including armour-piercing Penetrator warheads and Paveway laser-guided bombs.

A US administration official said the proposed sale was “undergoing interagency review.

“And while we hope to move forward in the near future, it has not, as yet, moved forward toward a congressional notification.”

The Saudi-led coalition was formed in 2015 to fight the Houthis and troops loyal to former Yemeni President Ali Abdullah Saleh who have fired missiles into neighbouring Saudi Arabia.

“The Trump administration, as you heard from (Secretary of Defence Jim) Mattis, wants to be supportive of the coalition in Yemen because they understand that this is a … conflict that involves Iran.”

Trump has also vowed to do “whatever is necessary” to broker peace between Israel and the Palestinians, a feat successive US presidents has failed to achieve.

Jubeir said traditional diplomacy had failed in brokering peace and that therefore a “fresh approach” by Trump, who had never held public office before becoming president, could have a high chance of succeeding.

Trump has faced deep scepticism at home and abroad over the chances for him to make any quick breakthrough, not least because his administration has yet to articulate a cohesive strategy for restarting the moribund peace process.

“I believe that, given his creative thinking and given his unconventional approach to this conflict, the probability that he can succeed is very high,” Jubeir said.

“We are committed to doing everything we can in order to achieve peace between the Israelis and Palestinians based on the Arab peace initiative and a solution that involves two states.”

Trump has stopped short of recommitting his administration to a two-state solution, a long-standing foundation of US policy.

“I don’t think this administration is about rhetoric. I think the administration has taken firm steps in terms of making it clearer to Iran that its behaviour has to change.”